After a full day of flying, we made it to Mumbai, India! The trip from Indonesia to India took a full day of flying including one stop in Kuala Lumpur, Malaysia. As soon as we retrieved our checked luggage, we headed over to the pre-paid taxi stand to get a taxi to the hotel–which was only about 1 km away from International Terminal.  We could have walked, but it was late, the streets were crowded, and we didn’t know how safe it would be. It’s supposed to be “no haggle” pricing, but there are several taxi companies with different rates.  The first woman informed us the fare would cost $10 USD which we knew was complete nonsense. The second attendant asked for $4 USD which we agreed to, but we later found out we could have gotten away with a $2 USD fare to bring our luggage down a few blocks. 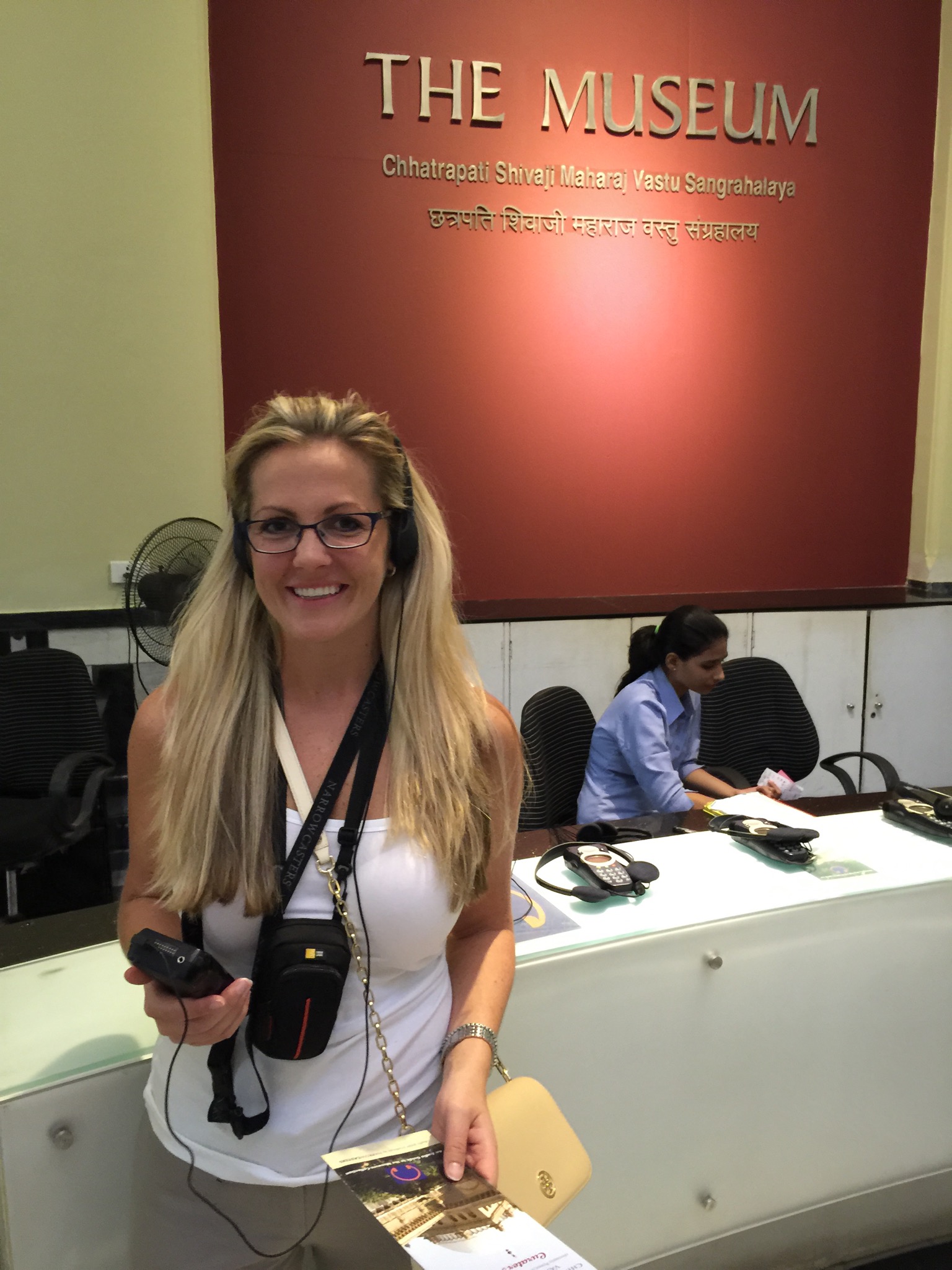 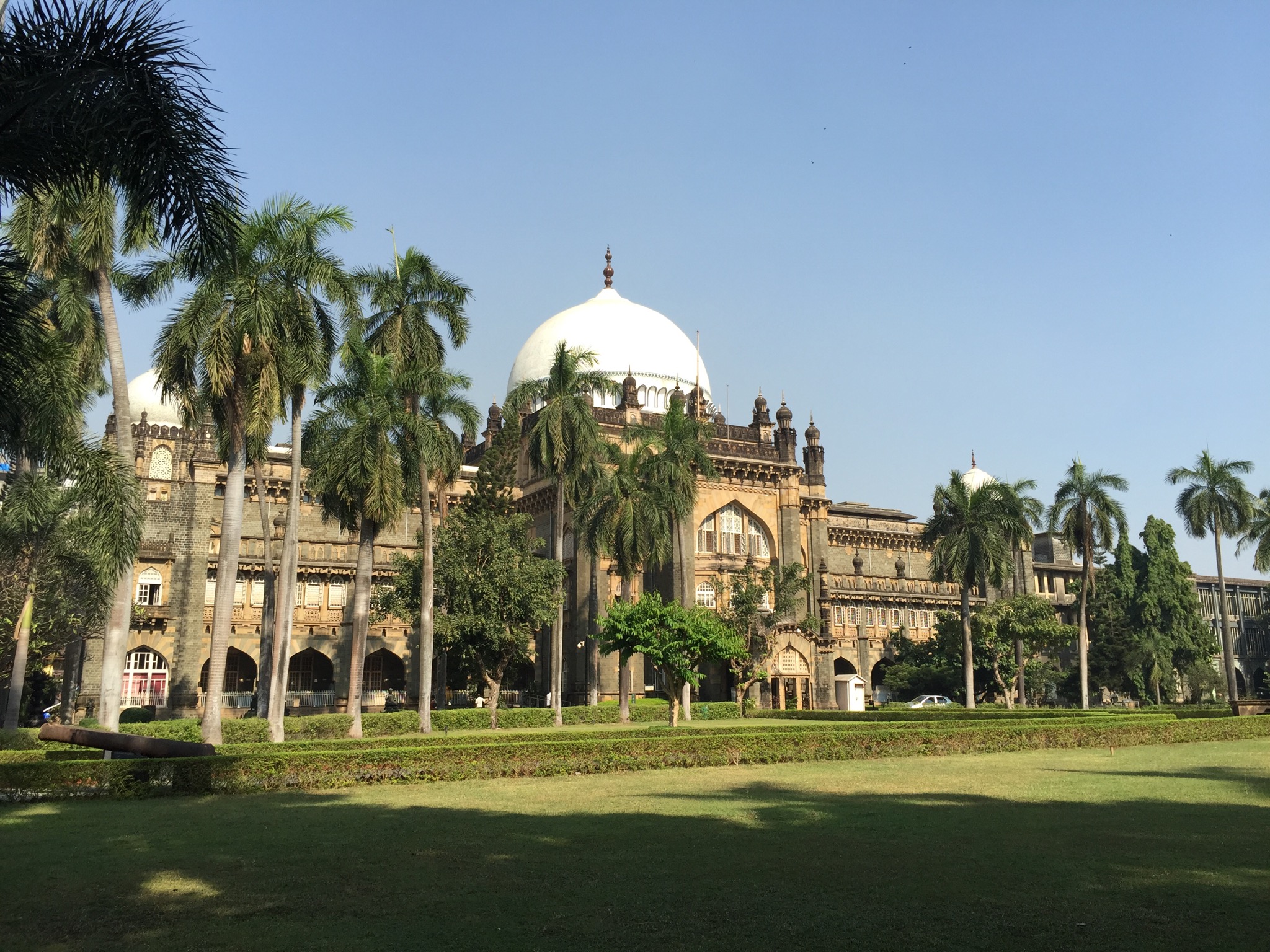 Outside shot of the Prince of Wales Museum 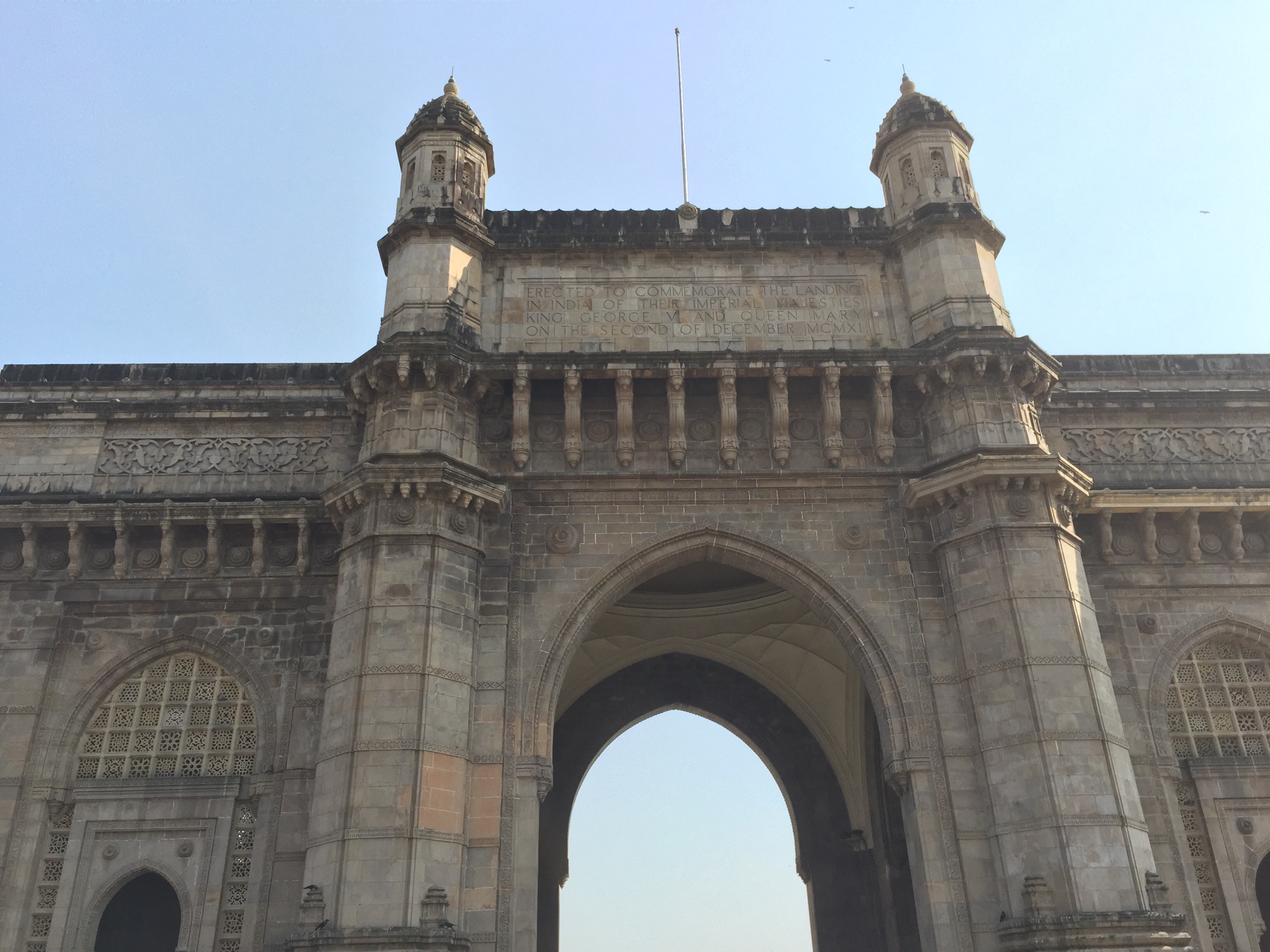 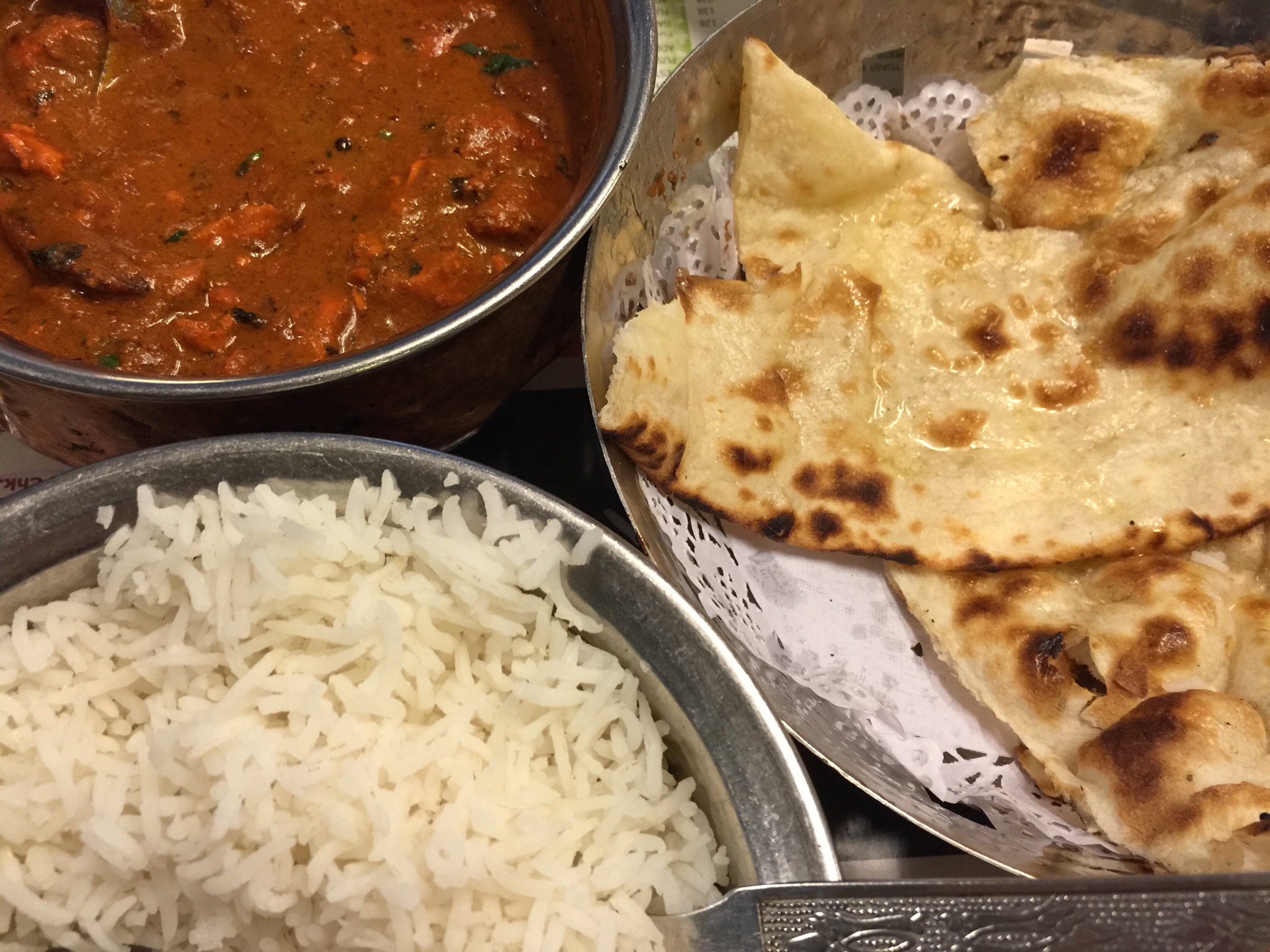 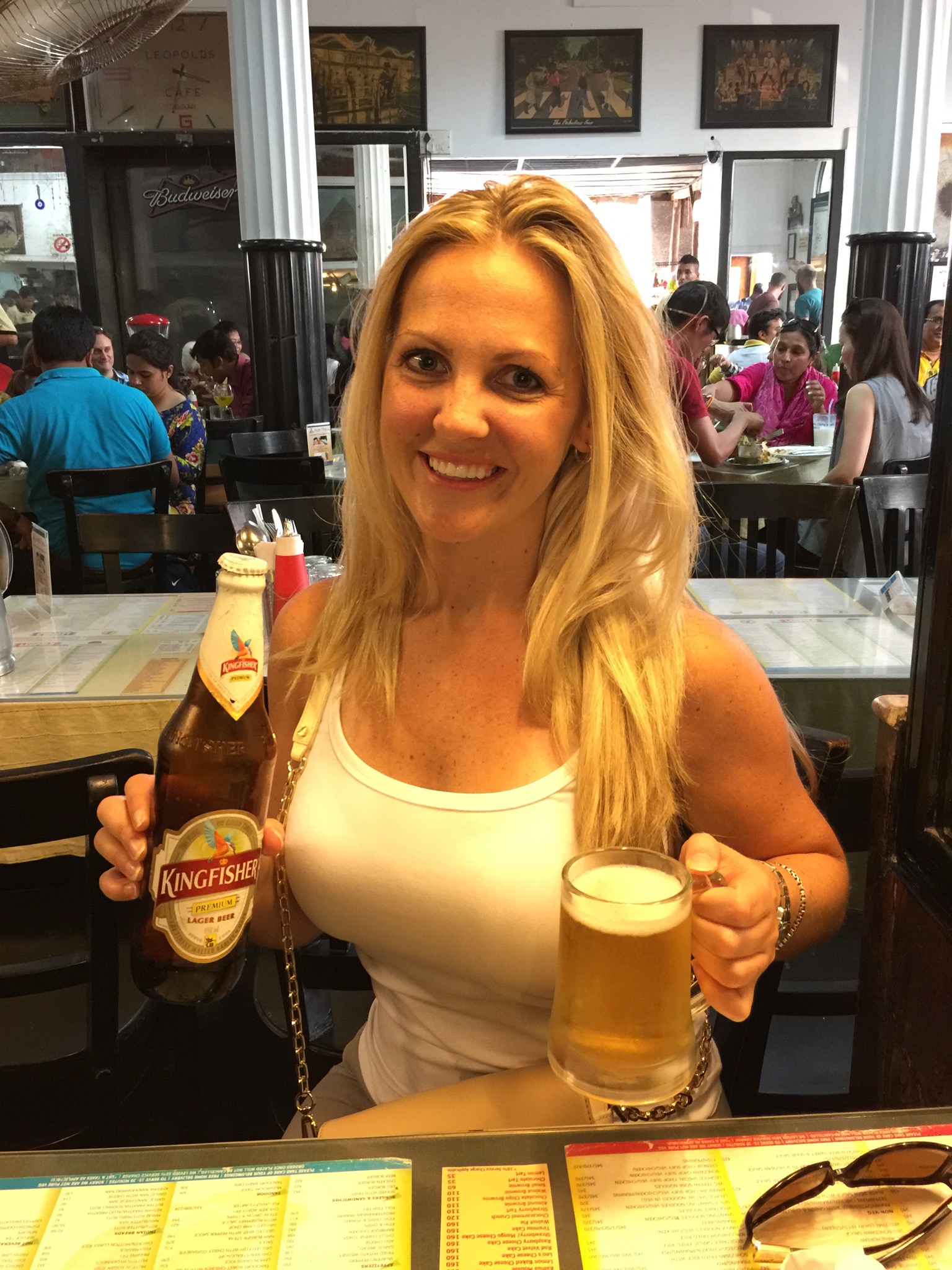 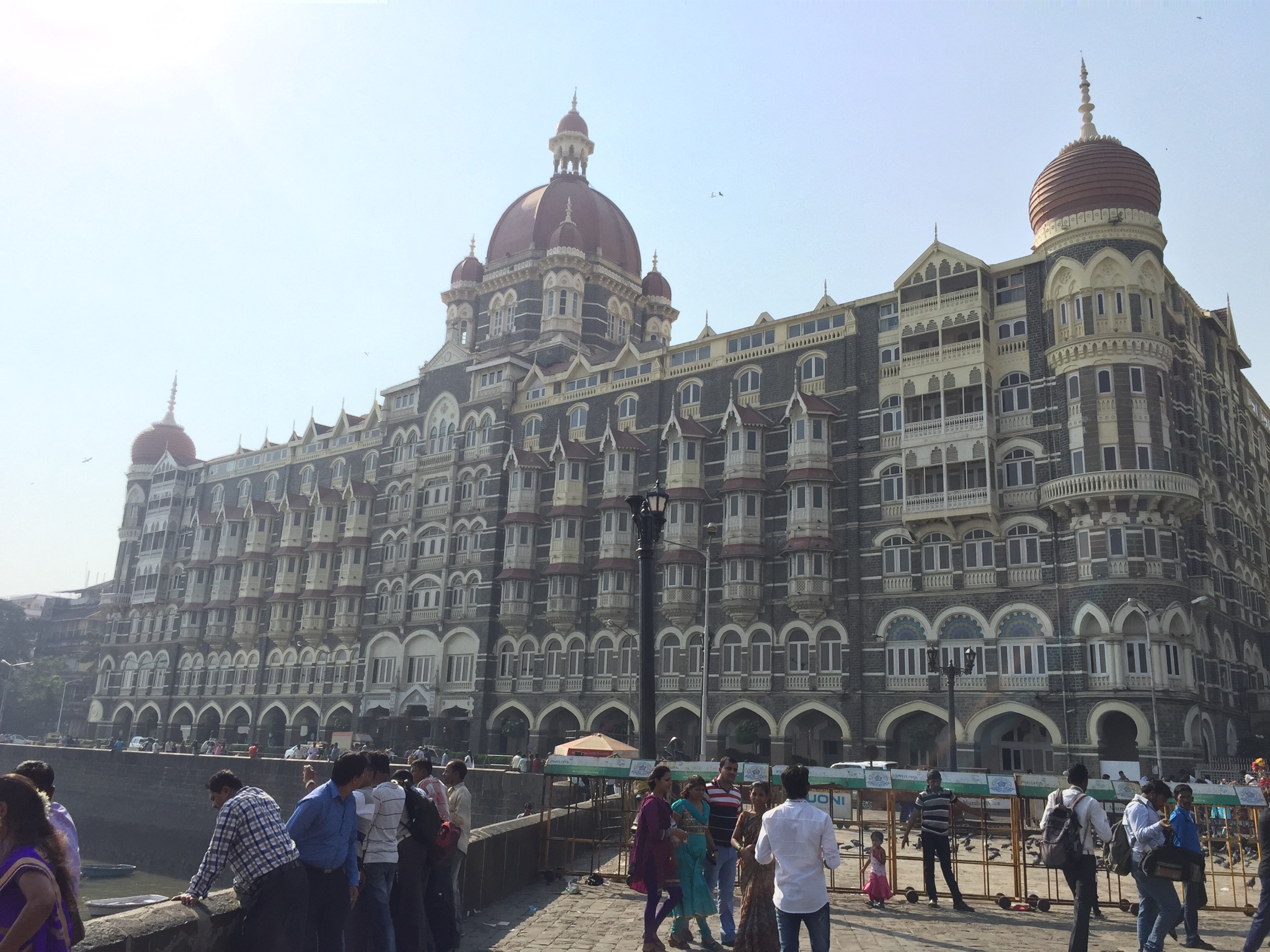 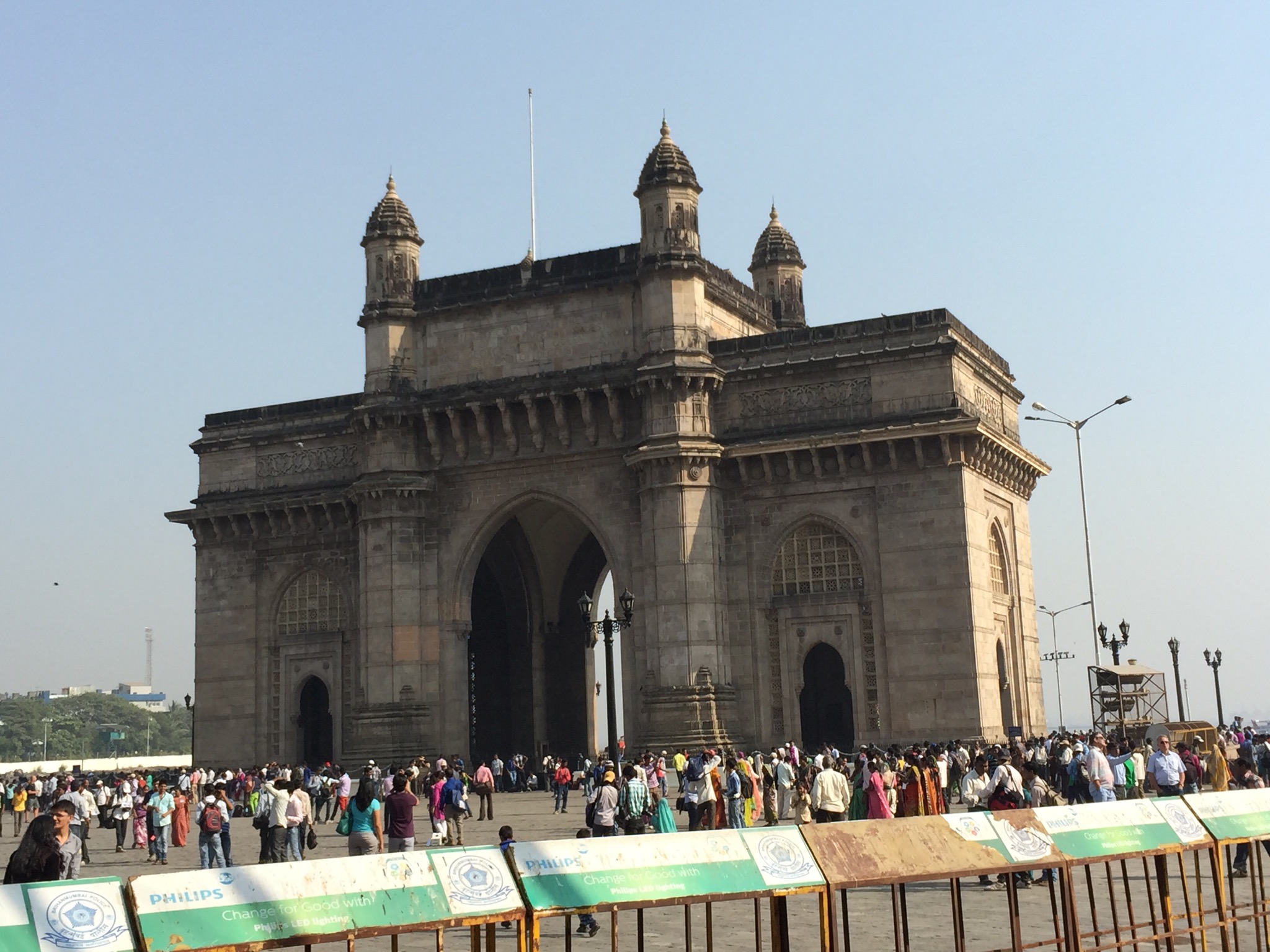 The next day, we headed out early to explore downtown Mumbai.  It was a good 90 minutes from our airport hotel because of the seemingly never-ending traffic congestion throughout Mumbai.

We started at Victoria Terminus…A UNESCO World Heritage Site.  The Victorian-Gothic Revival architecture was stunning.  It was designed by a British architect and built in 1878.  Fun fact: Many of the scenes from Slumdog Millionaire were shot here.

Next we decided to get some lessons on Indian culture at the Prince of Wales museum.  The audio guide provided quite a bit of interesting information.

I got completely ambushed at the Gateway to India…One friendly Indian man kindly asked to take a picture of me with his friend.  In a split second, about 30 men surrounded me and kept asking “Please! Another picture?”  and another picture and another.  I knew what was coming next. Challenge accepted. More and more people surrounded me and it became quite overwhelming. It is like giving one seagull a french fry on the beach and then you are completely engulfed by hundreds of seagulls. Finally, I said loudly…”OK, guys one more picture,” and then I made my escape. It was truly a crazy rush! We have now learned that I must say no pictures from the beginning unless there are only a few people around.  My soft spot is still for young girls who think I am Britney Spears or Elsa from Frozen because they so rarely see blonde hair in person.

We then escaped the crowd and continued down the street to the Taj Palace hotel. On our way over, we encountered many beggar children and mothers. They make hand gestures to their mouths asking for food. Unfortunately, you cannot entertain the beggars because, similar to the photographers, once you give to one, dozens more beggar children will surround you and expect more handouts. Our local friends always advise not to give to the street beggars.  They say, if you want to help out the poor children of India, then you should research charities that raise funds to educate them.  One young beggar girl near the Taj Palace Hotel was particularly persistent and followed us for two blocks–until we entered the hotel property. About 45 minutes later, we left the hotel and the same girl was there waiting for us. She continued to follow us, requesting money and food for about 3 blocks until Daniel finally said sternly, “No.” She knew that was it and she wasn’t going to get anything out of us. Instead of walking away, frustration got the better of her (she was just a child after all), and she drew back her arm and slapped Daniel with all her might.  Luckily, she missed his face and hit him on his shoulder. It let out a loud sound and it was completely unexpected! This girl covered in filth actually slapped a tourist. Local onlookers were horrified.  We walked away in shock, but we later found out the laws protecting tourists from harassment are particularly strict.  Had we reported the event to police at that moment, she would have been arrested. The Indian government does not want unruly beggars to deter tourists from visiting their country.  No is supposed to mean no, though that is rarely enforced.  Physical assault on a tourist, however, would have been dealt with swiftly and harshly, so it almost never happens.  We certainly never encountered any physical threats at any other time in India.