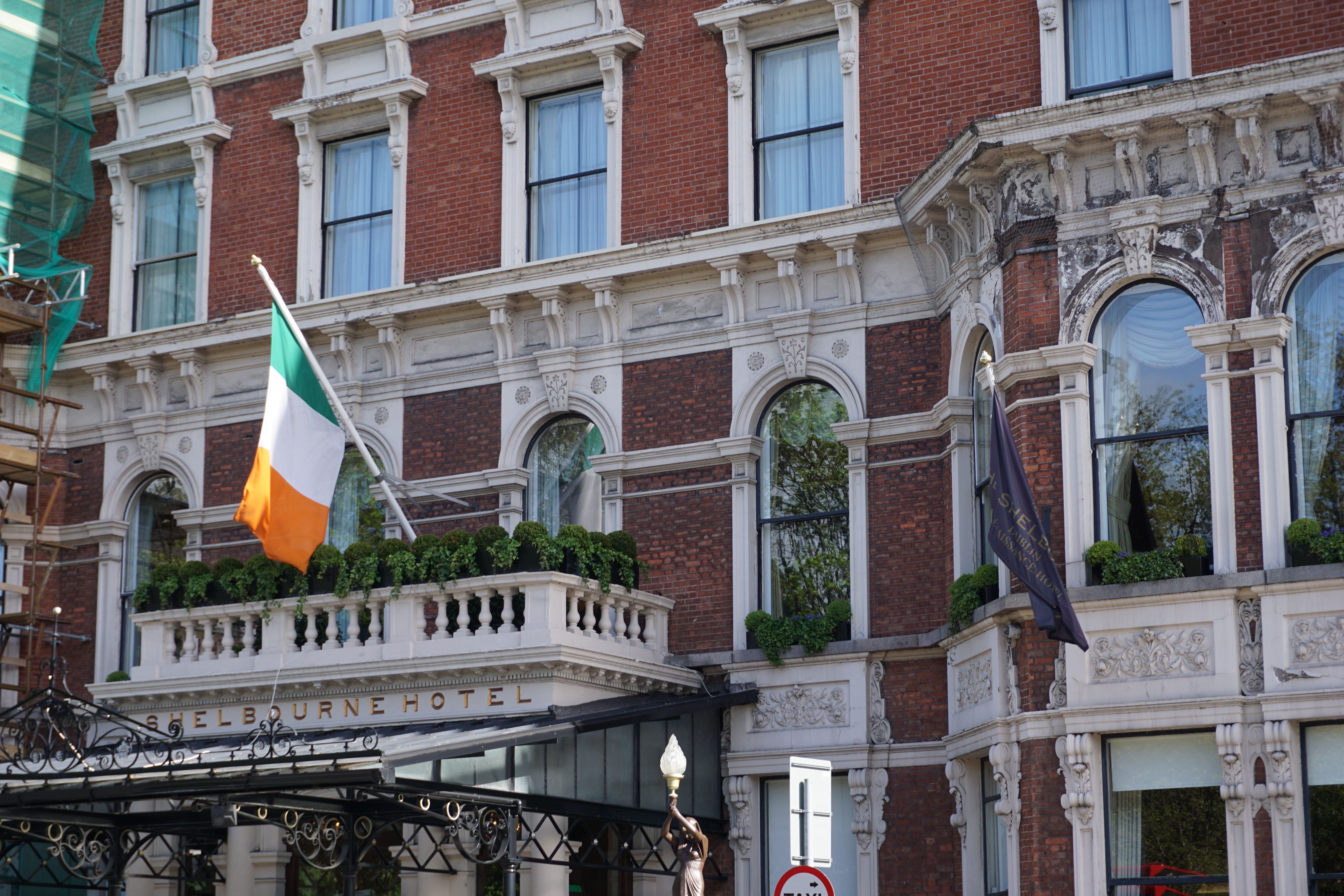 An iconic Irish institution, the Shelbourne Dublin is located on St Stephens Green in the heart of the city. With its high standards for luxury, hospitality and service, the Shelbourne Dublin, a Renaissance Hotel, is fully committed to preserving its heritage. Over the past 200 years, the hotel has accommodated some of the most noteworthy historical events of Dubliners. Our stay at this exquisite hotel provided a memorable journey through Ireland’s history with a true story to tell!

As we entered the historic Shelbourne Hotel, I couldn’t help but imagine myself dressed in early 1900’s high fashion–a beautiful and provocative Victorian gown, elegant long gloves, and hair dressed in sparkling jeweled combs. I imagined meeting the ladies for afternoon tea in the Lord Mayor’s Lounge, an Irish institution at the “Shel.” The Shelbourne Dublin was the place “to be seen” by the wealthy aristocrats of Ireland and beyond. We enjoyed our tea while discussing the upcoming balls, opera, theater shows, and private soirees, all while being waited on by butlers, footmen, and waiters. Oh a girl can dream…

Our stay at the Shelbourne gave us an opportunity to travel through time. We immersed ourselves into the past, and at the same time enjoyed panoramic views of St Stephens Green, lavish dining, and modern comforts. The hotel’s structure began as three townhouses were combined into what is now referred to as the “Heritage Wing.” Beautifully outfitted rooms with high plastered ceilings, 39 crystal chandeliers, period antique furnishings, and an original, winding, wrought iron staircase showcase the historical grand architecture. Today, newly appointed mayors fulfill tradition by enjoying an inaugural Afternoon Tea in the Lord Mayor’s Lounge.

Established in 1824, Martin Burke from Tipperary had the vision to open the Shelbourne Hotel in the most fashionable district of the city. He built the hotel by combining three townhomes, numbers 27, 28, 29 on St Stephens Green. Burke believed the Shelbourne Dublin should always focus on top-notch quality and service. From its beginning, the hotel thrived as a hotel and meeting place, even during more trying times.

Under the leadership of Michael Collins, the Irish Constitution was drafted in Room 112, now known as the Constitution Room. We were fascinated to learn that famous guests frequented the hotel such as Princess Grace and Prince Rainier of Monaco, as well as JFK and Jackie Kennedy. Also, the half brother of Adolf Hitler, Alois Hitler Jr., worked at the Shelbourne as a kitchen porter. Alois opposed the Nazis in Germany so he fled the country to build a new life in Ireland.

In 2005, the Shelbourne Dublin underwent a 120-million Euro refurbishment. The entire hotel closed for nearly two years during the construction. In 2007, the hotel opened its doors as a Marriott International, Renaissance brand hotel.

We were excited to see a small museum within the lobby of the hotel. The museum contained historical artifacts, letters, menus, and other items. While perusing the museum, we noticed a most beautiful tea cup. The manager giving us the tour explained that a guest from decades past returned the tea cup. Years ago, she took it as a secret souvenir and later felt remorseful, so she returned it to the hotel for display in the museum.

We learned that many Dubliners plan stays at the Shelbourne to remember the past, to deepen connections to their roots, and to teach their children about the important historical events that took place within its walls. We, too, felt privileged to have stayed in such a revered property. 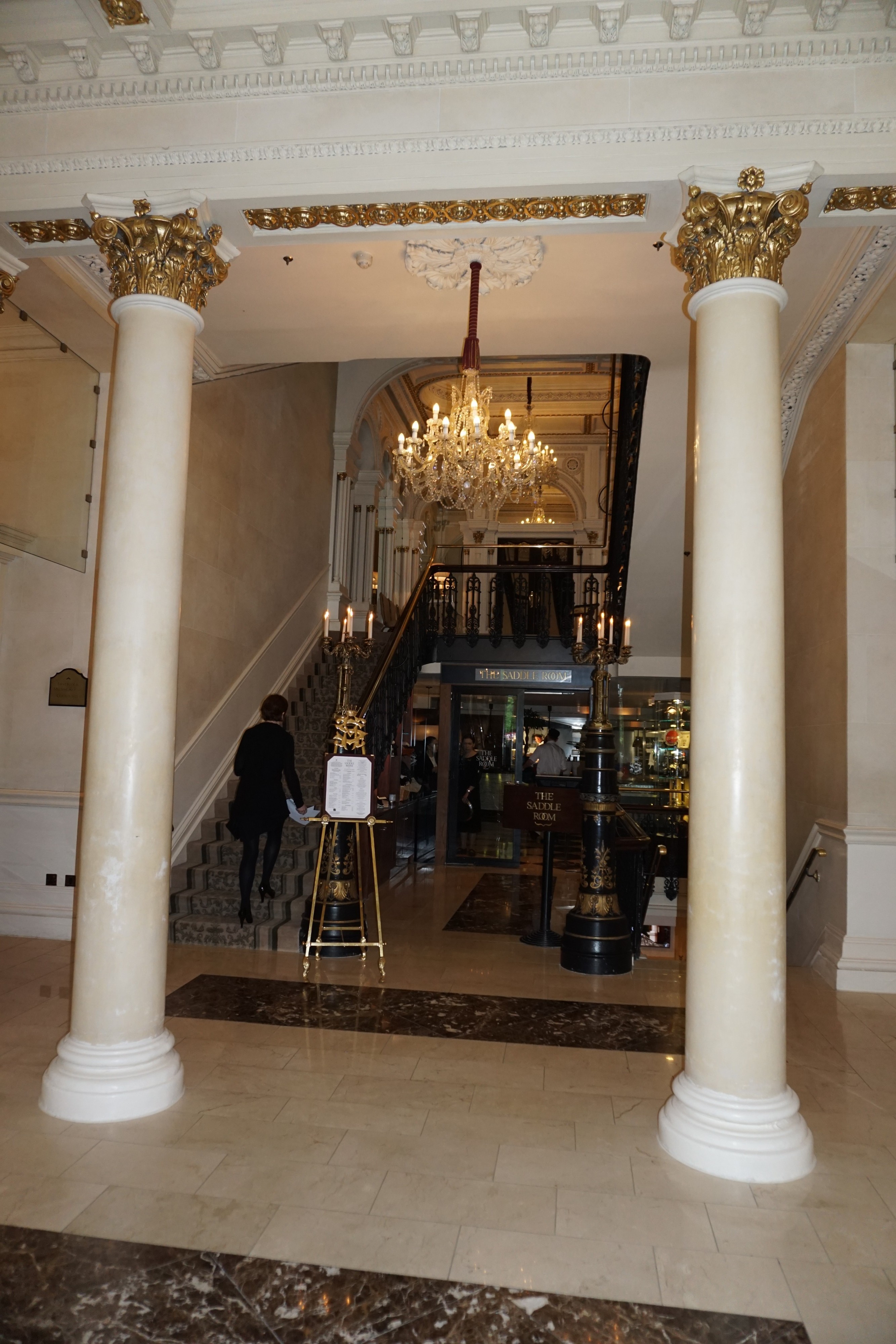 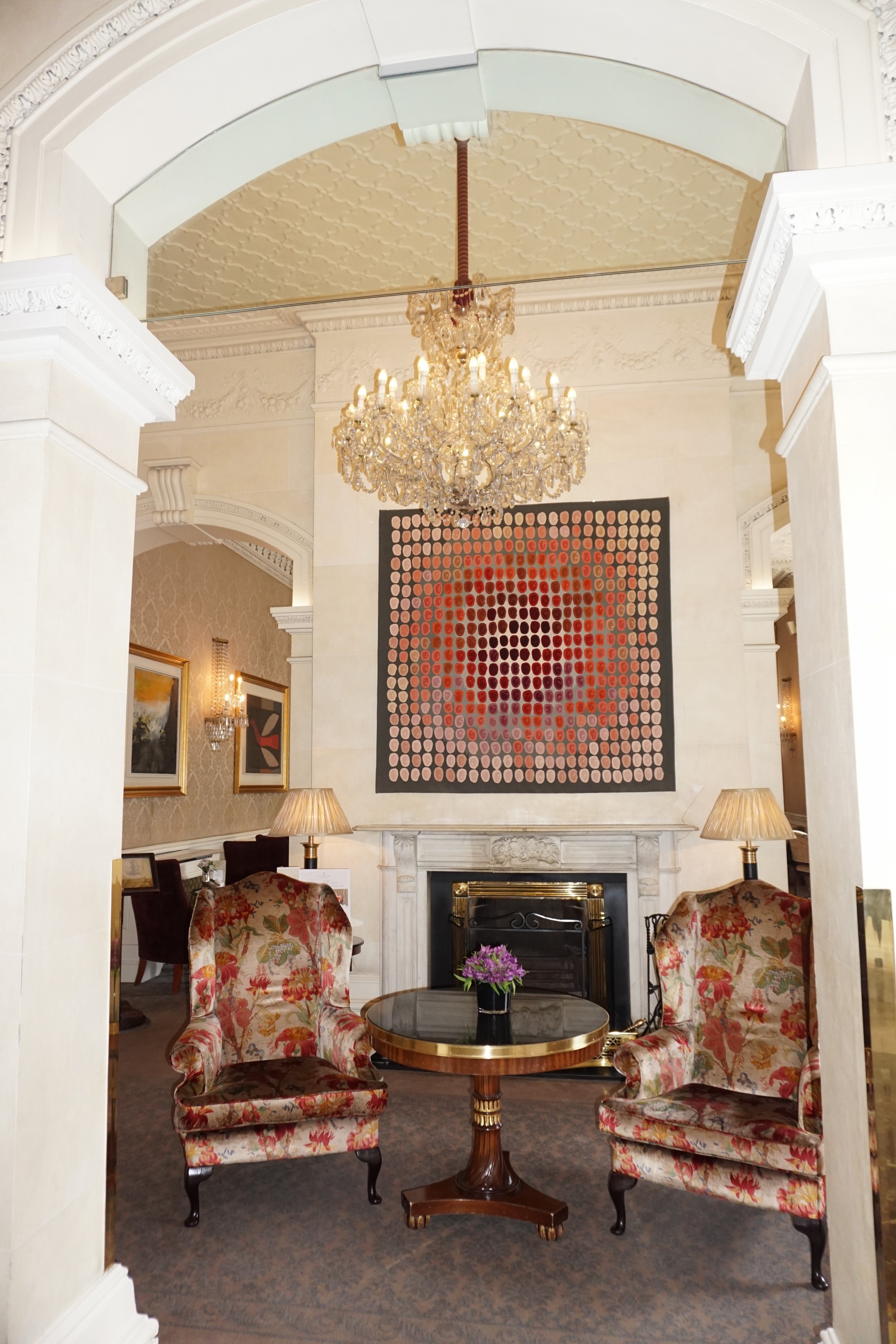 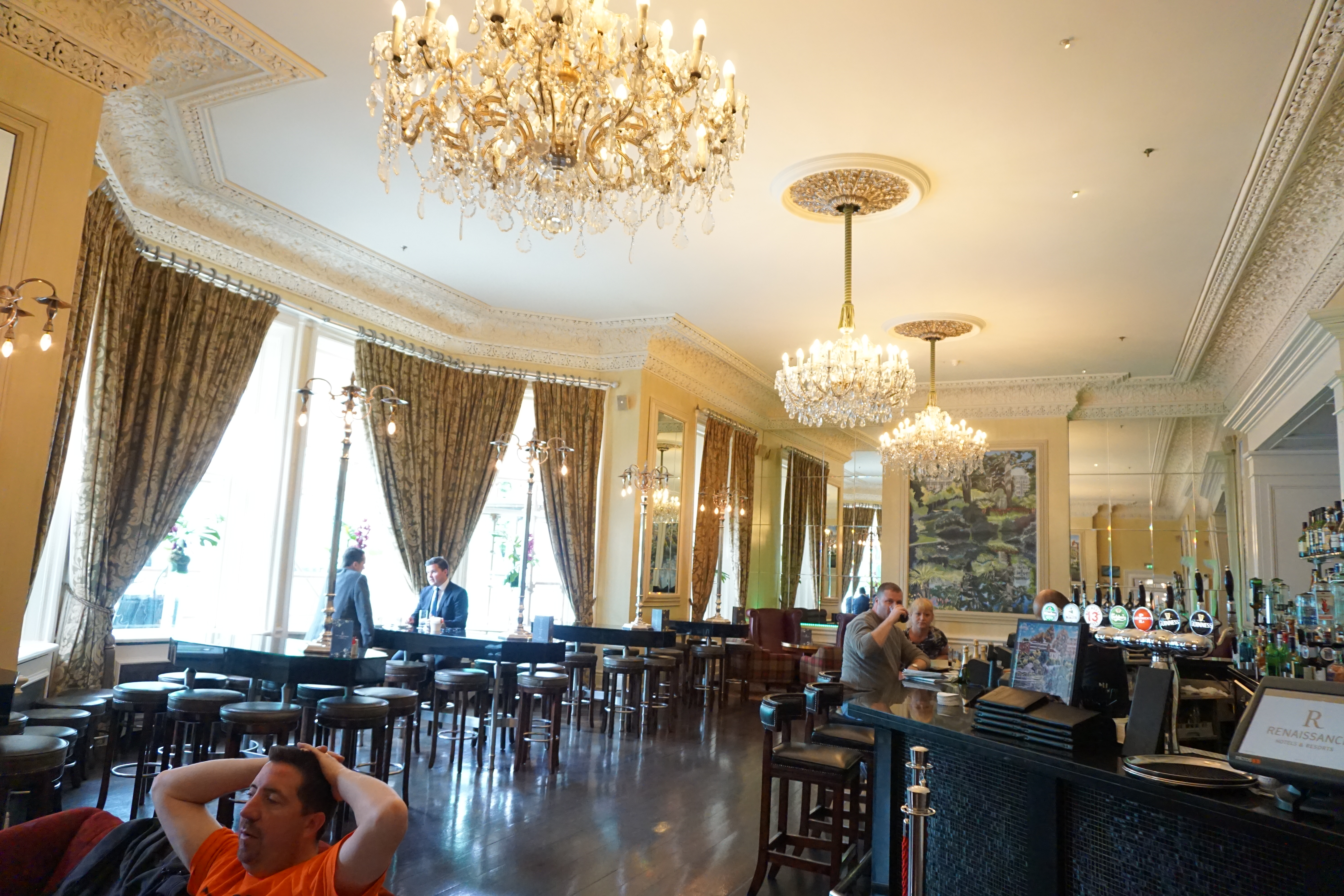 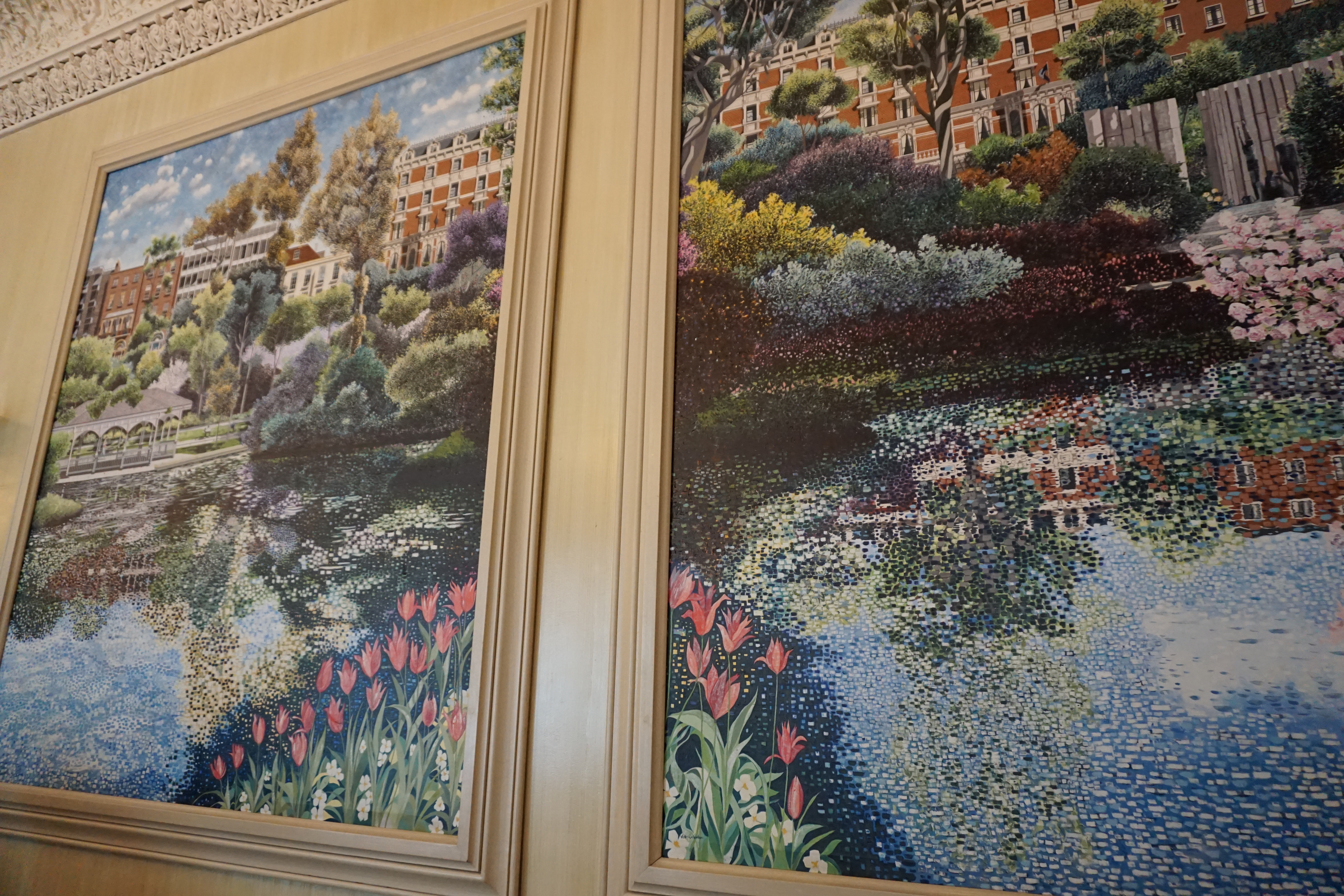 Victor Richardson Oil Paintings in No. 27 Bar and Lounge 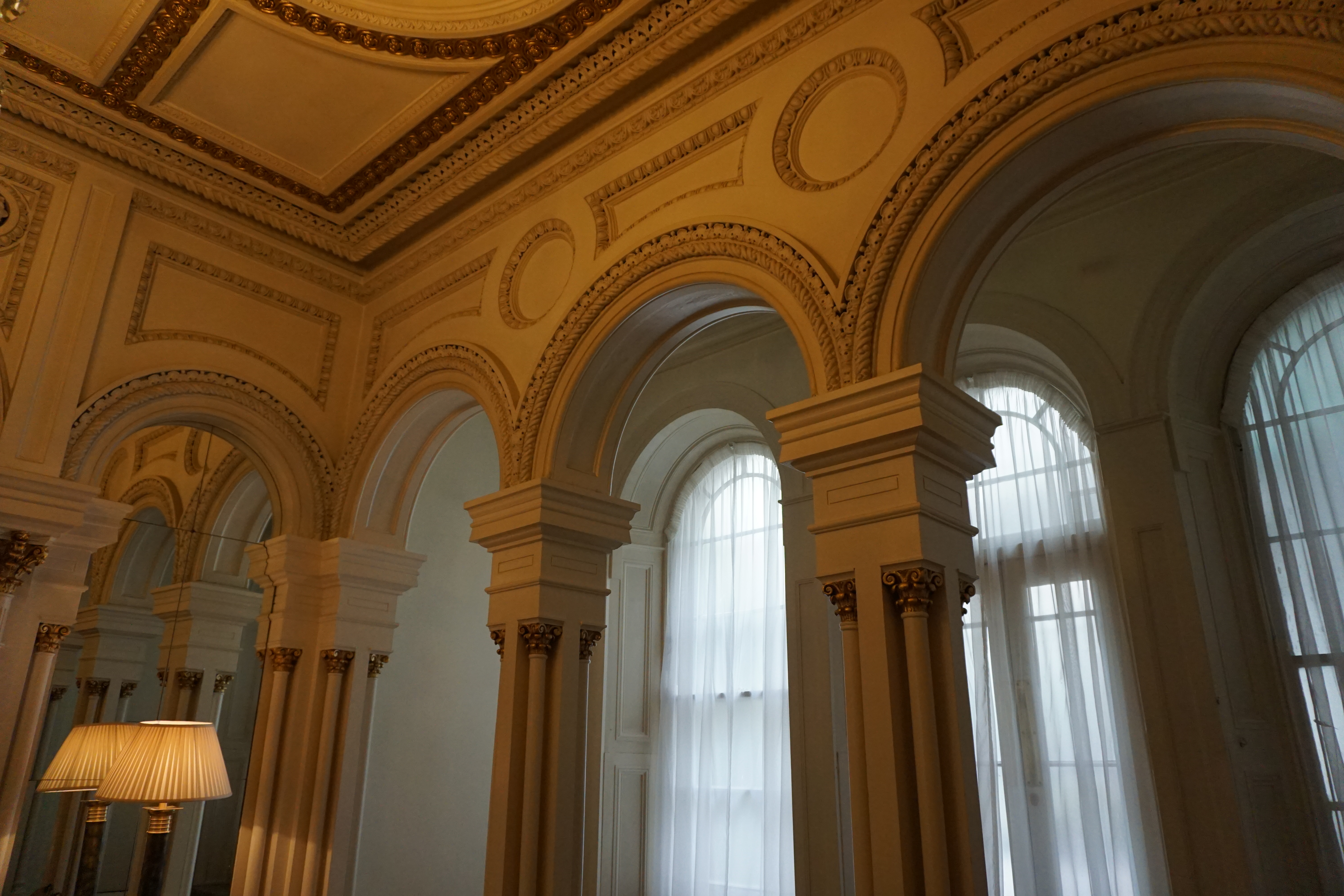 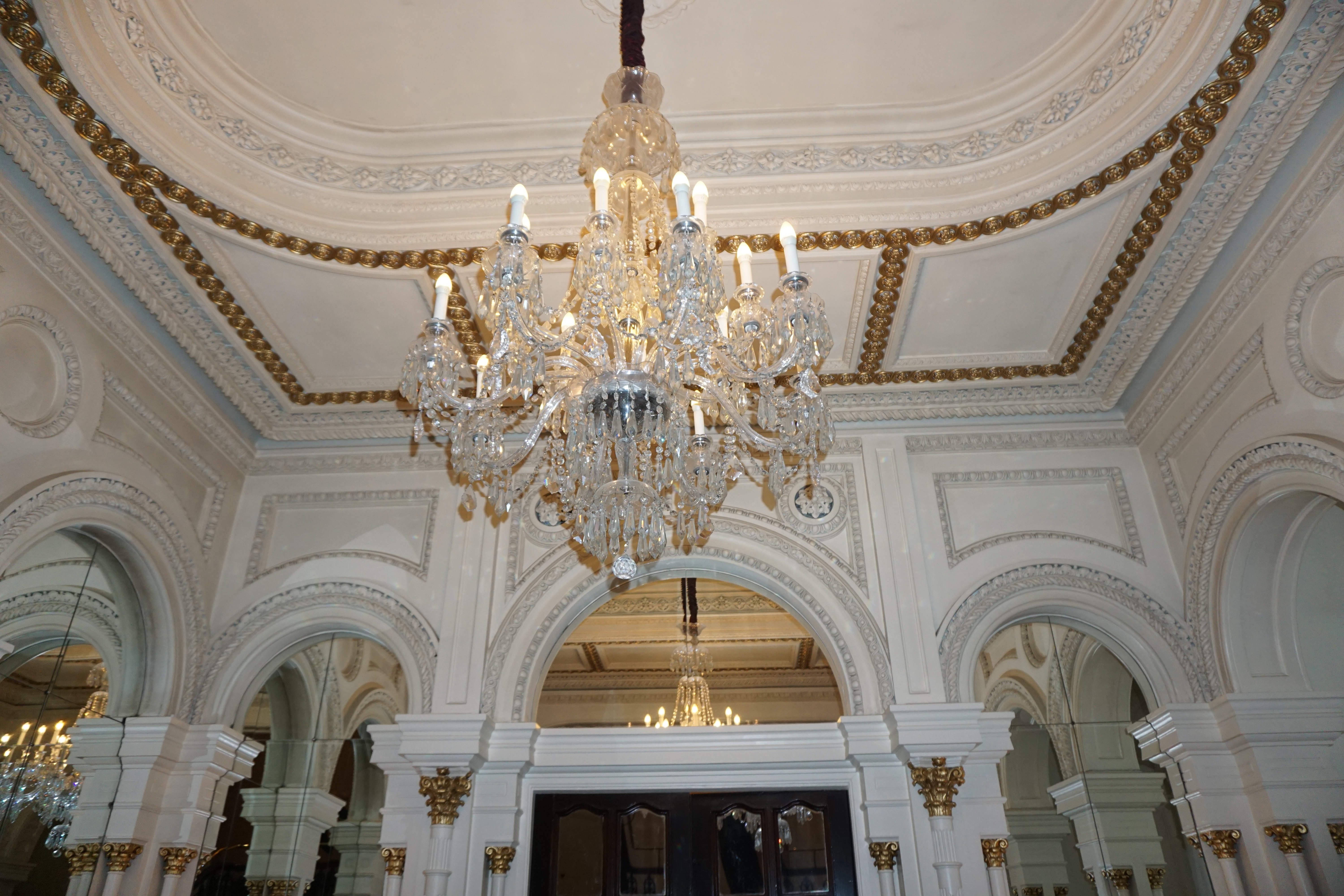 One of 39 Crystal Chandeliers 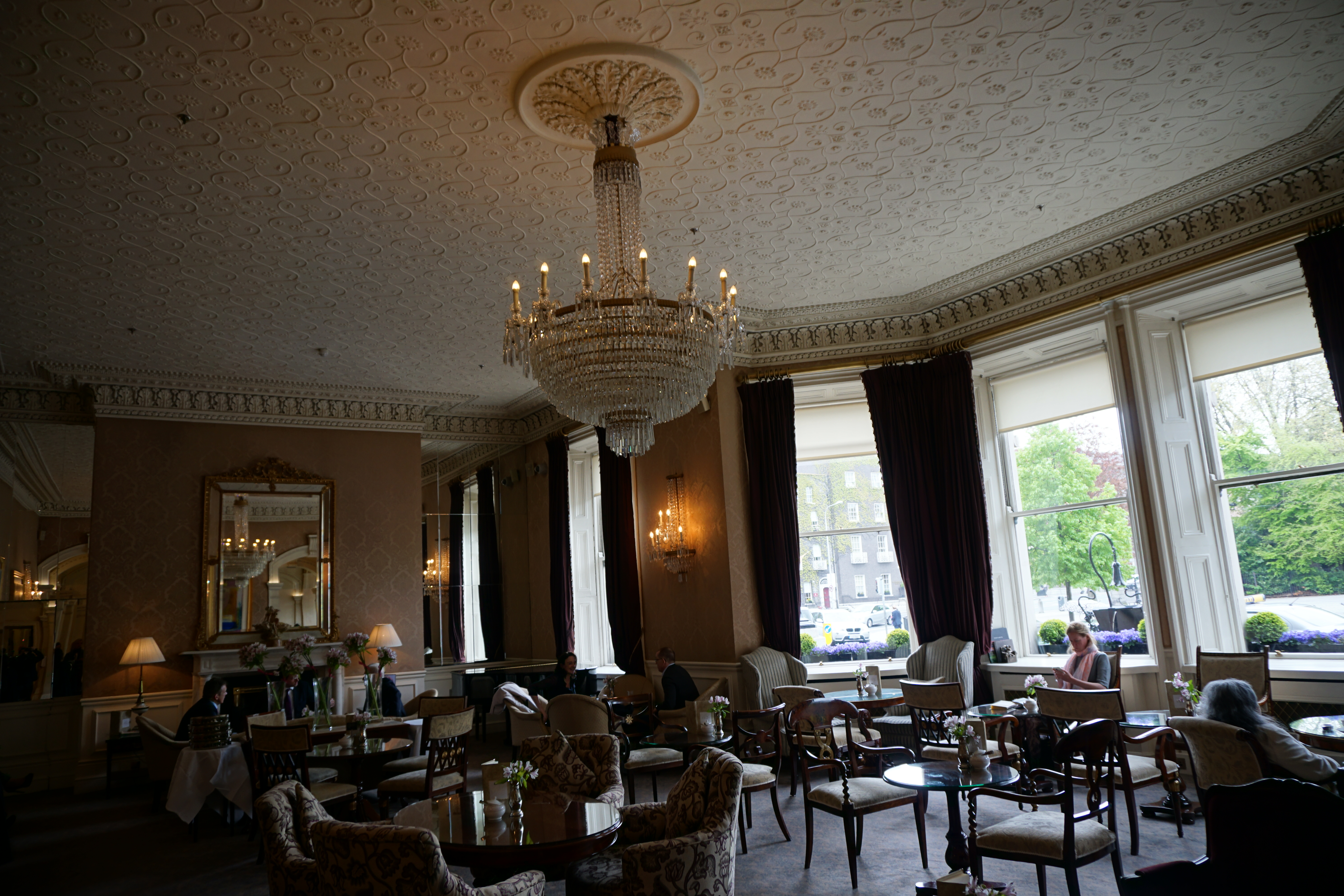 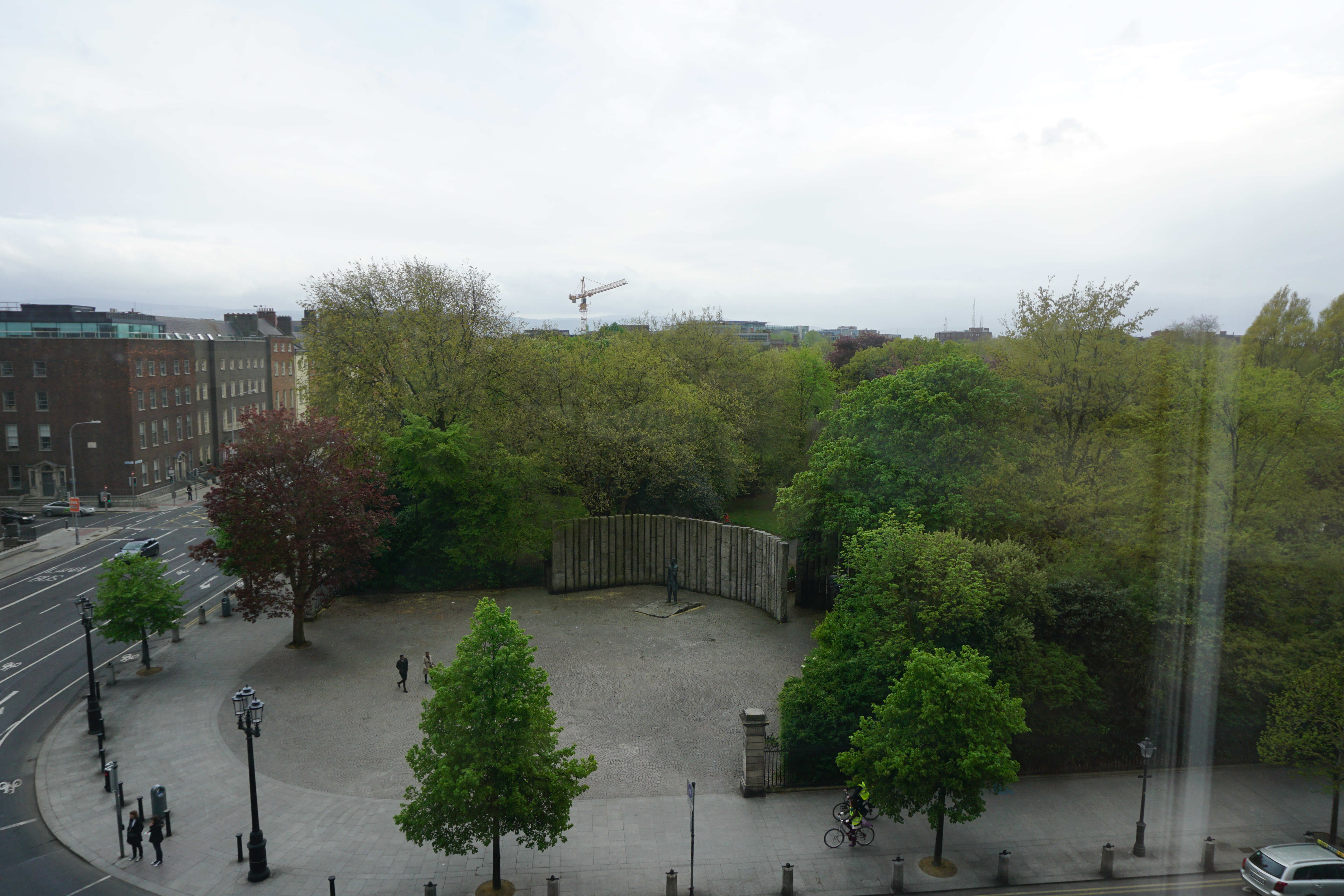 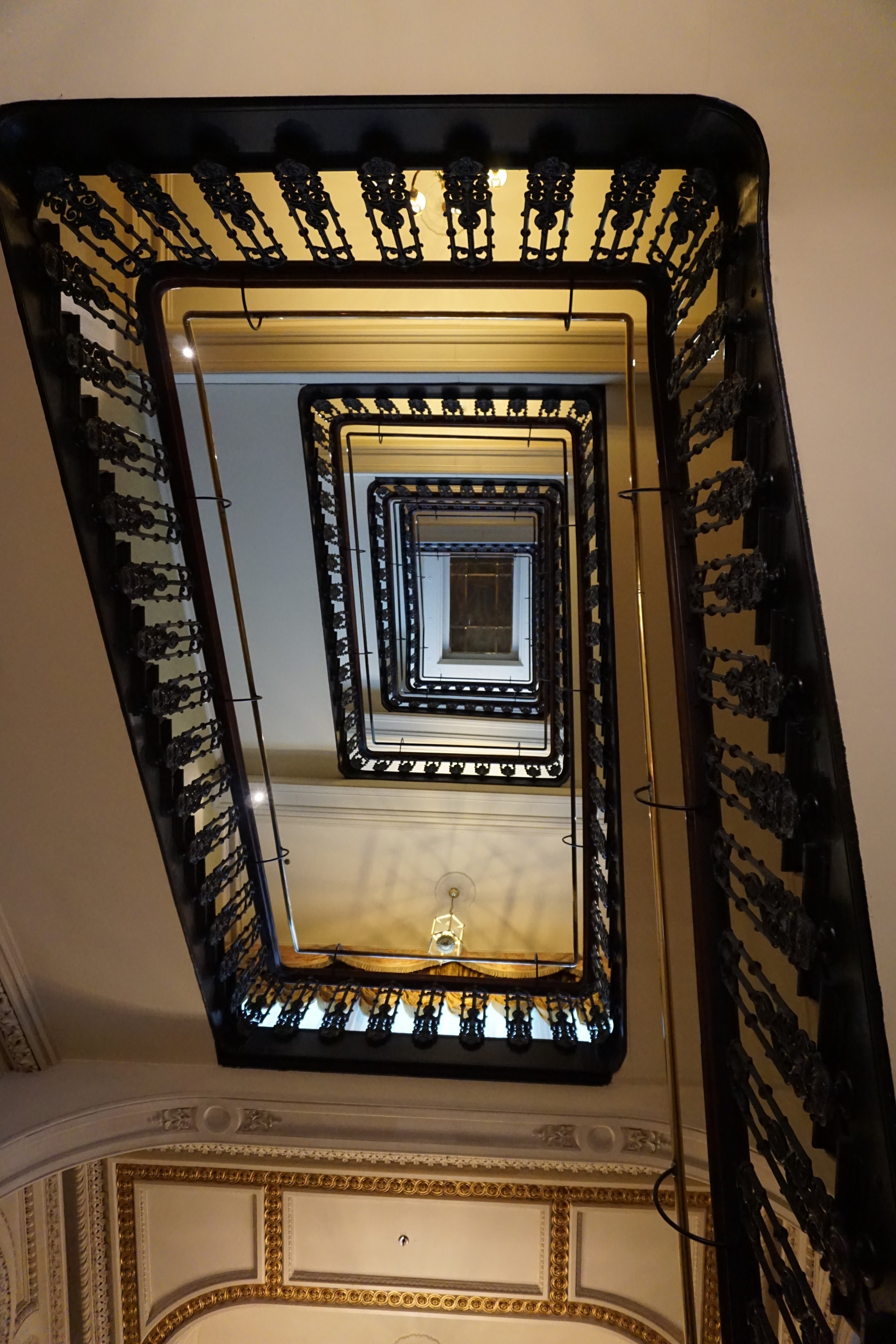 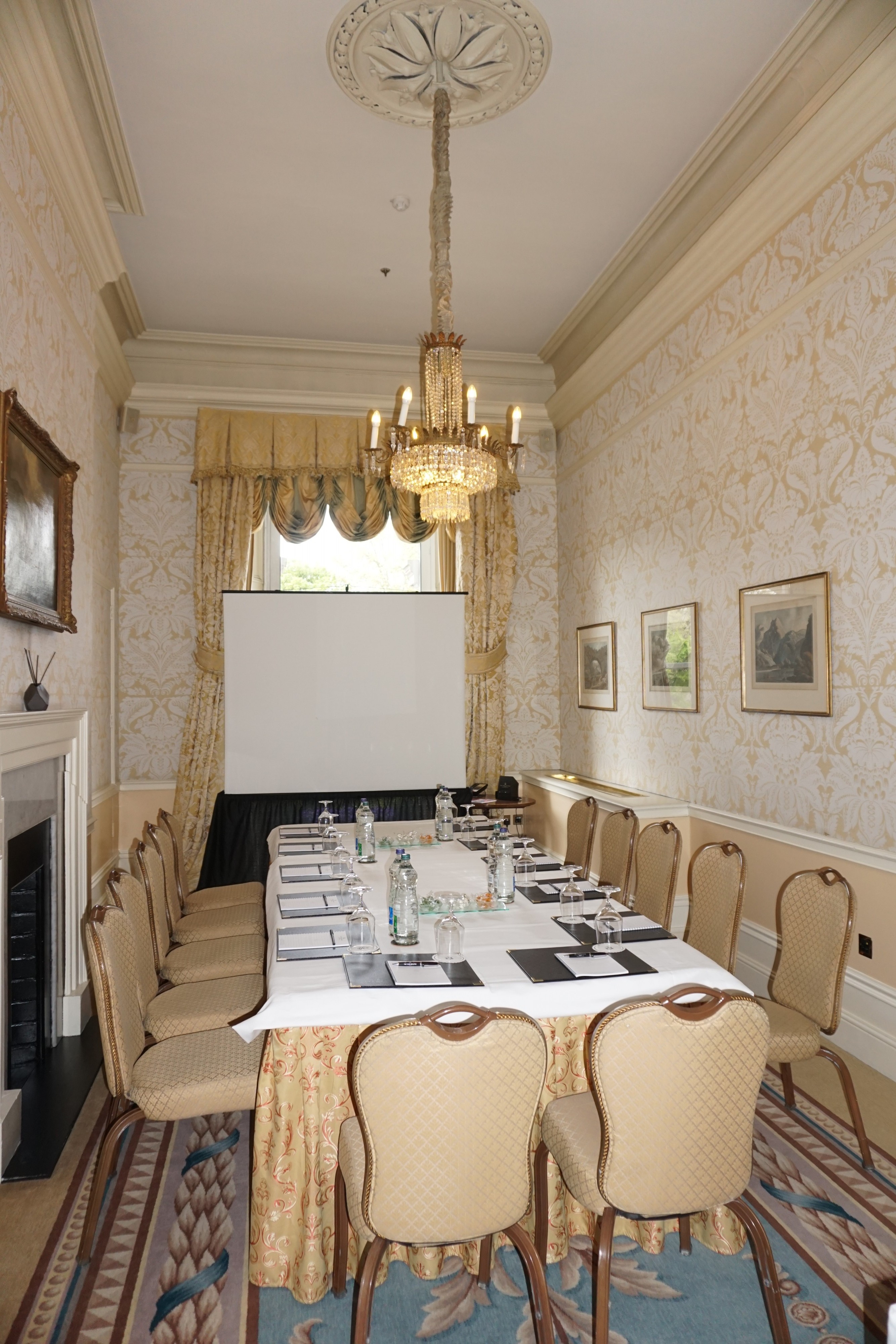 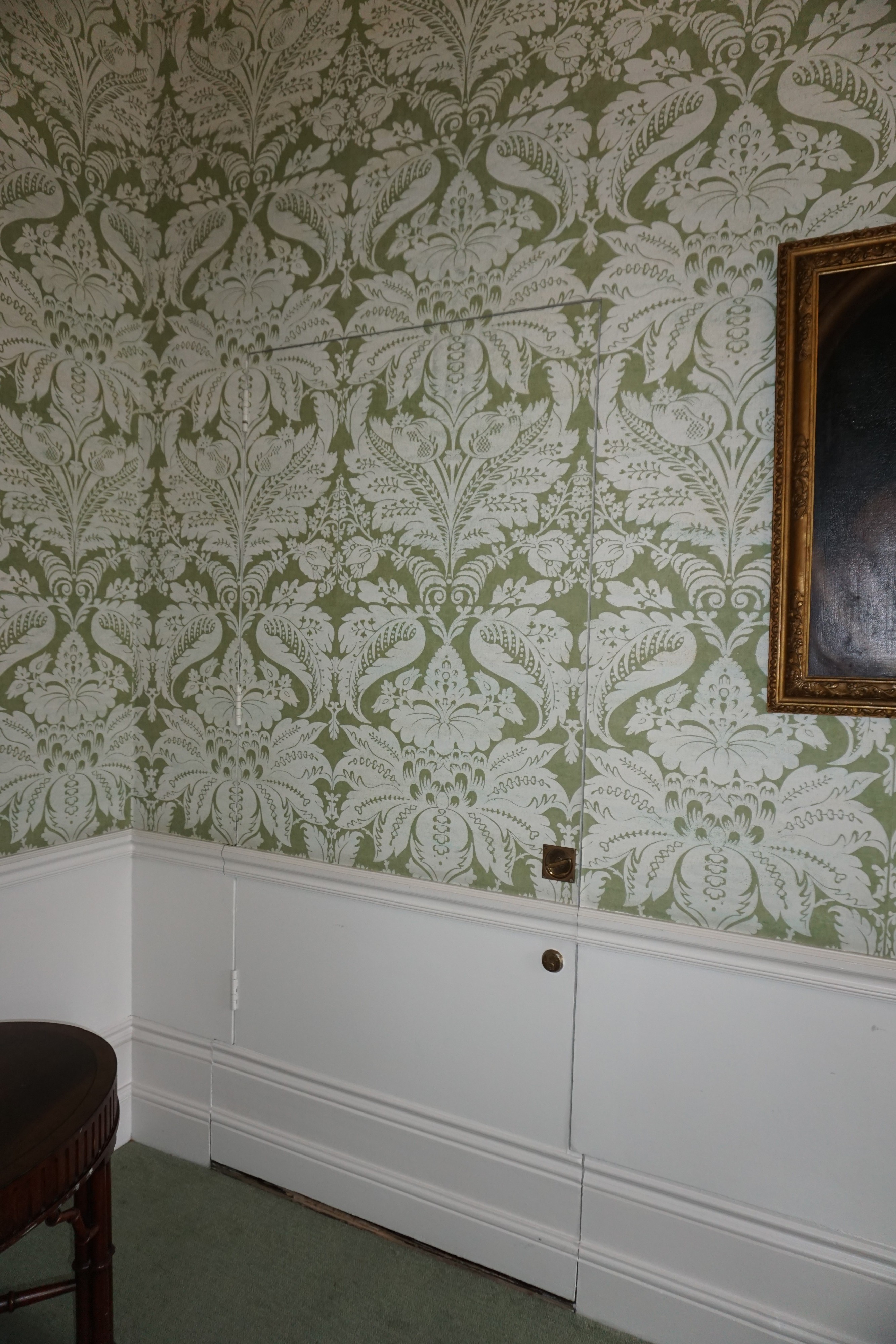 Secret doors and chambers throughout the hotel 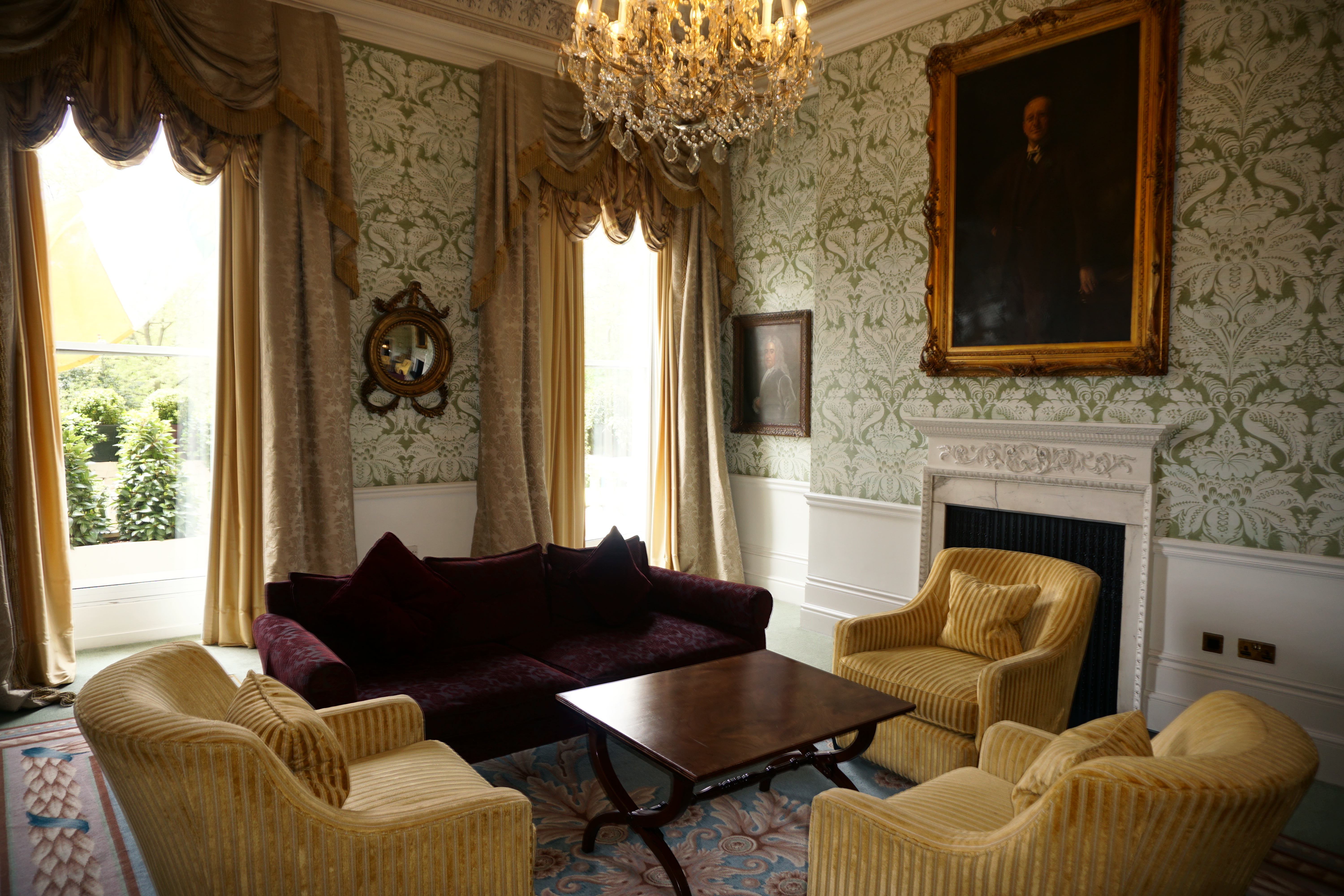 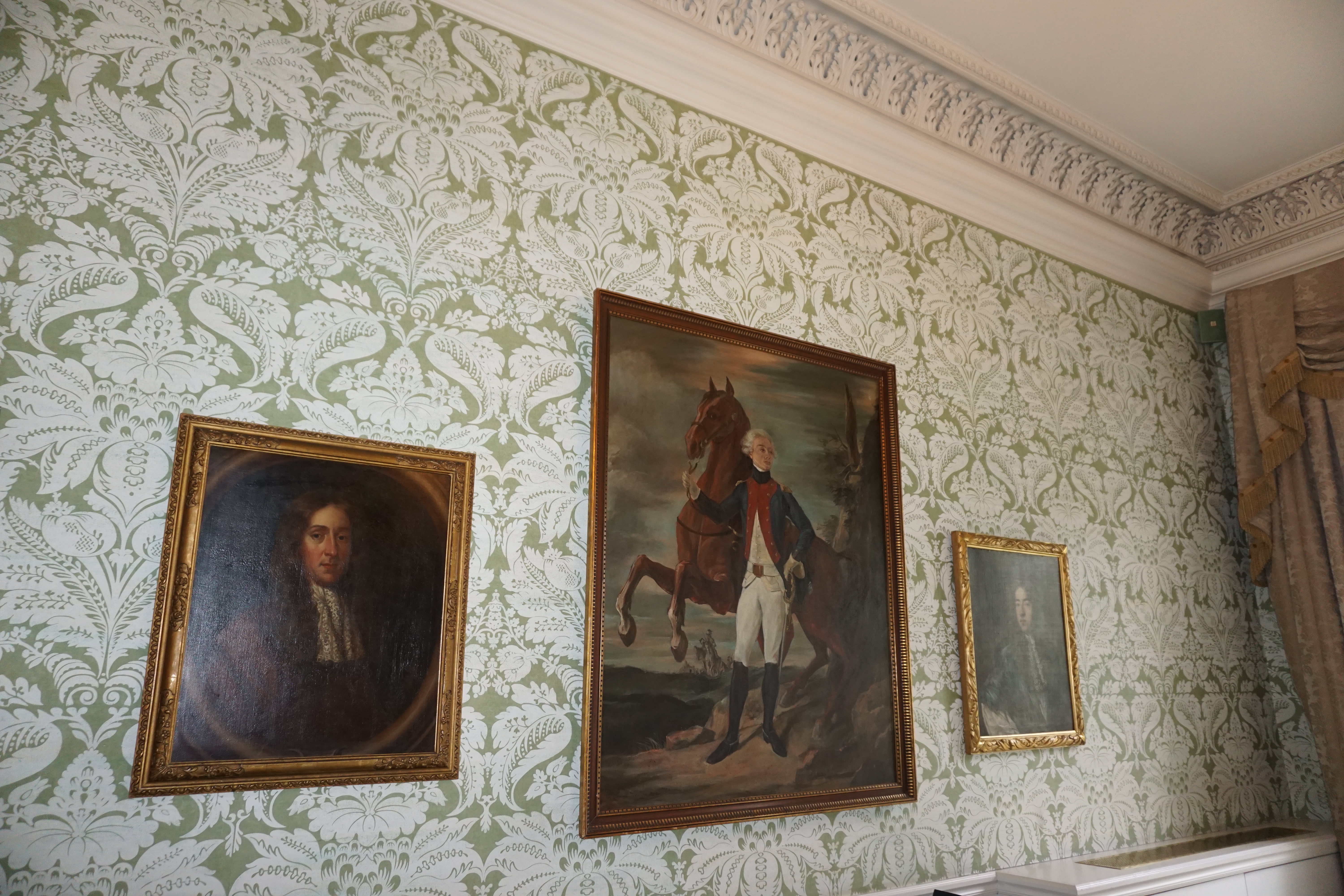 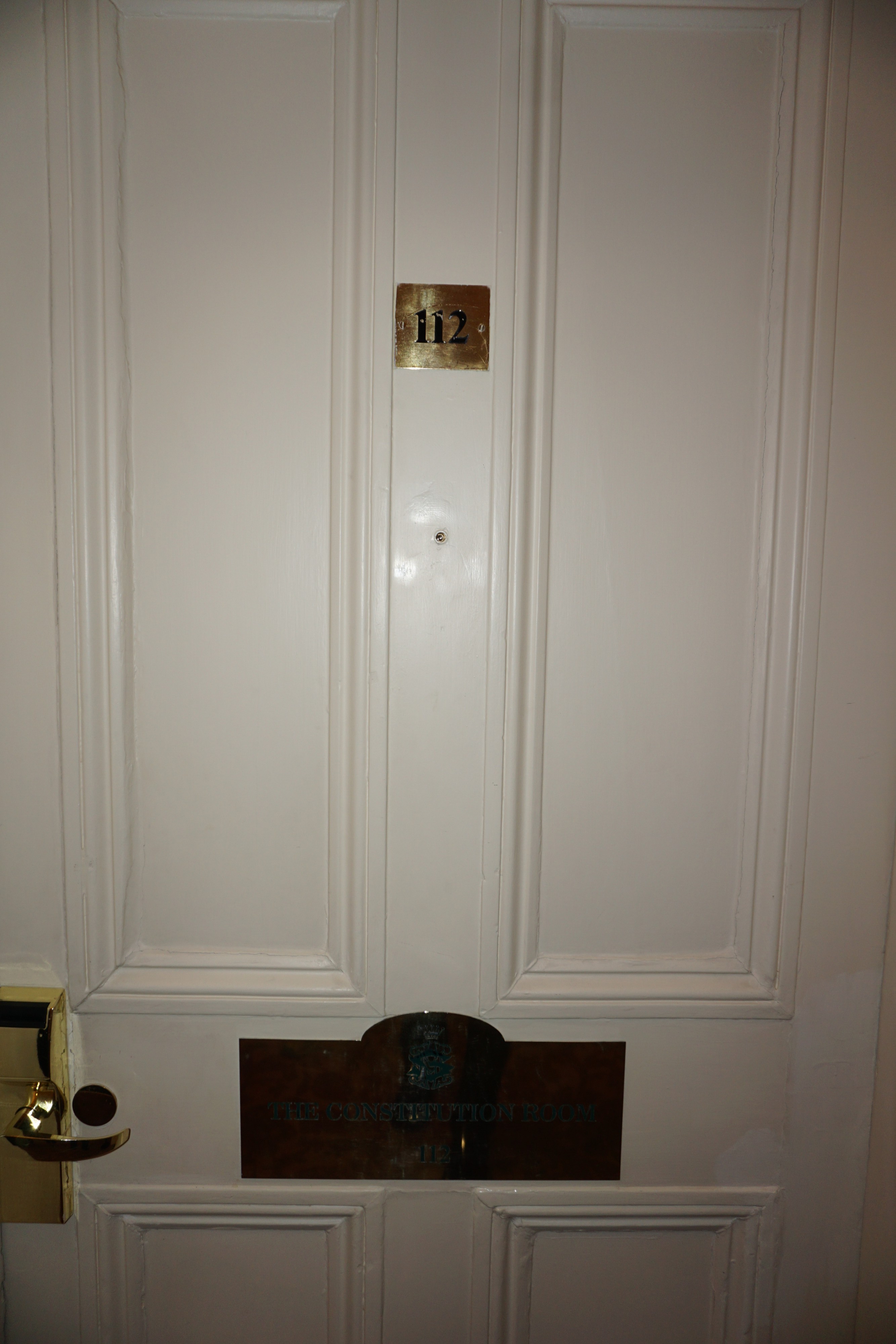 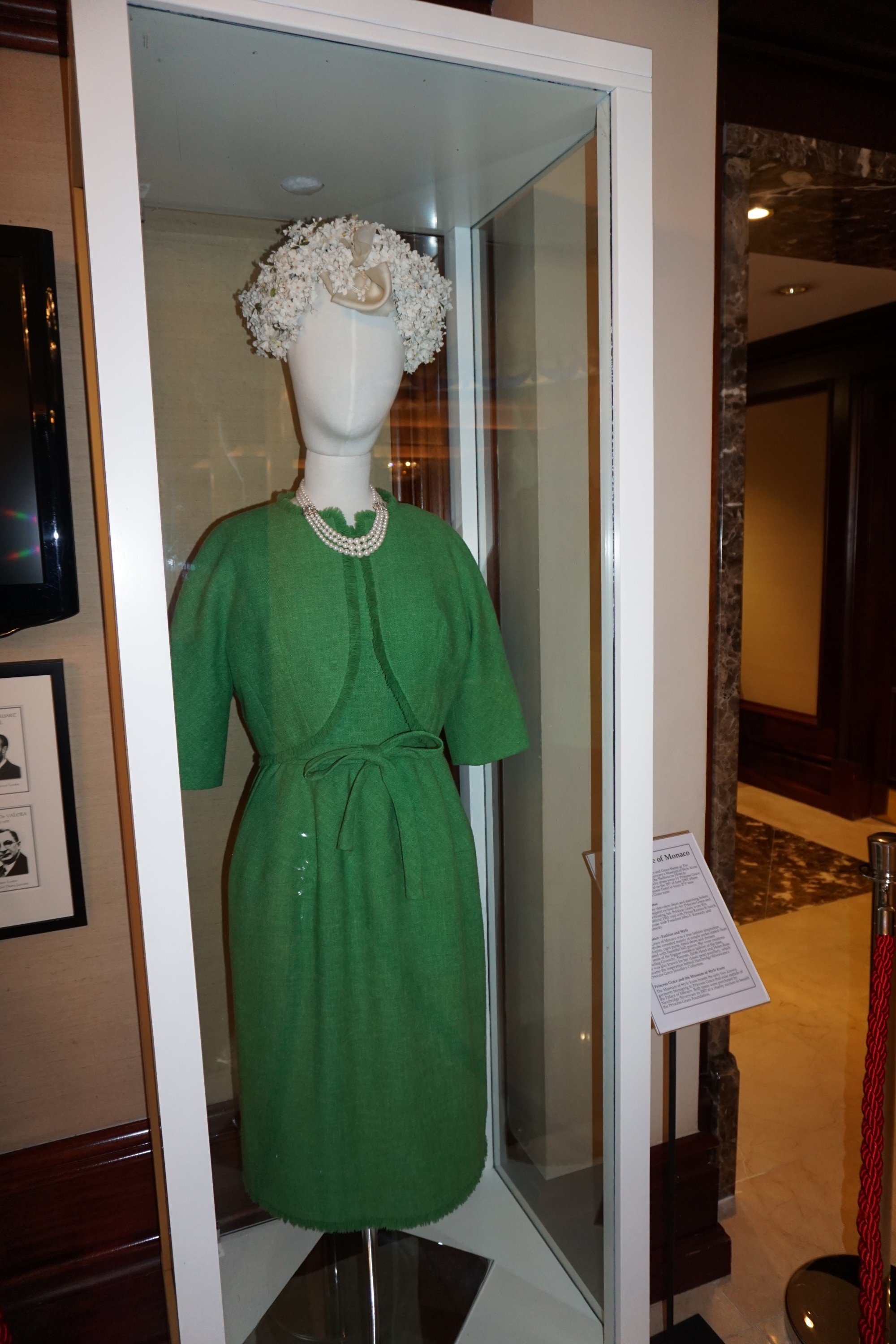 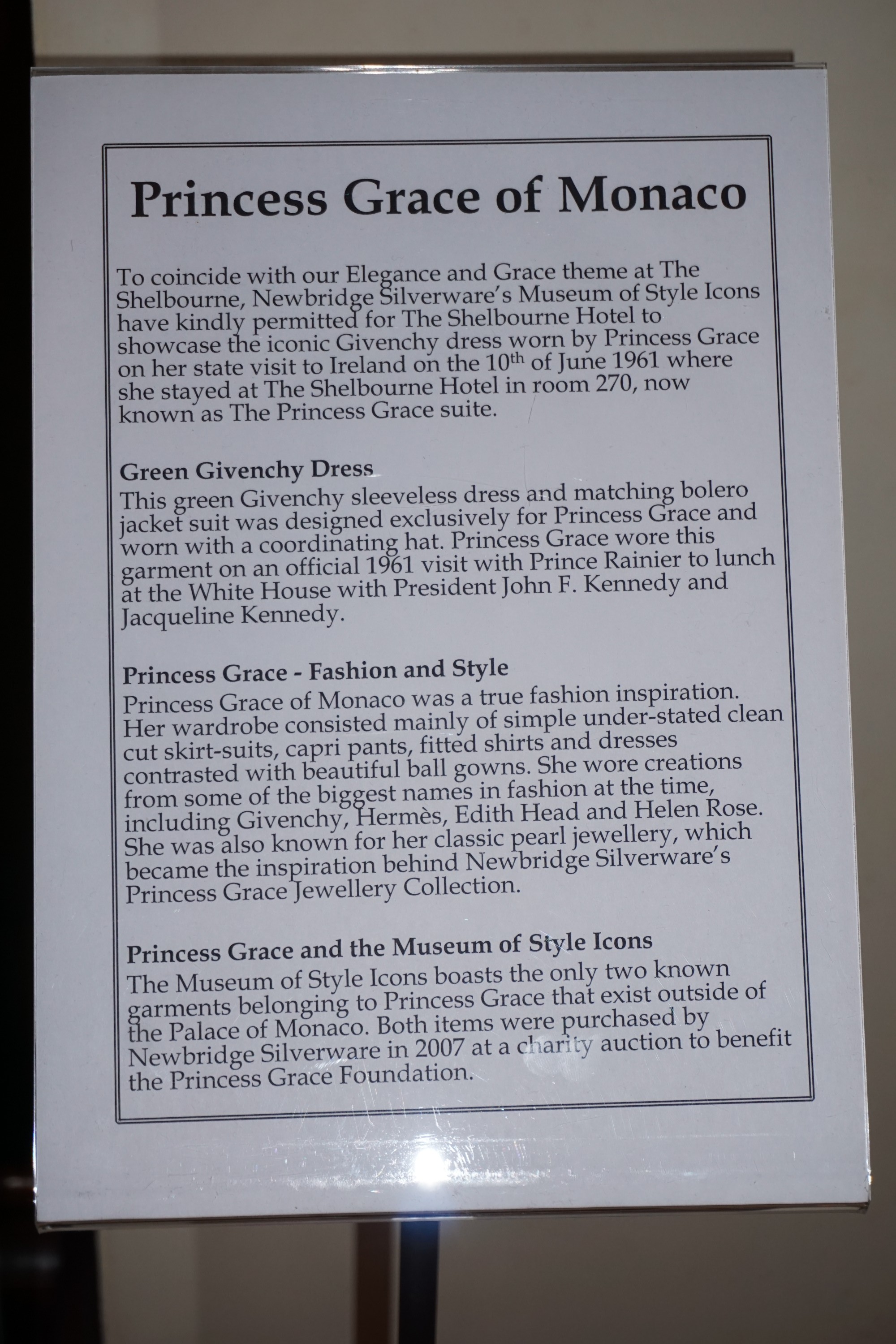 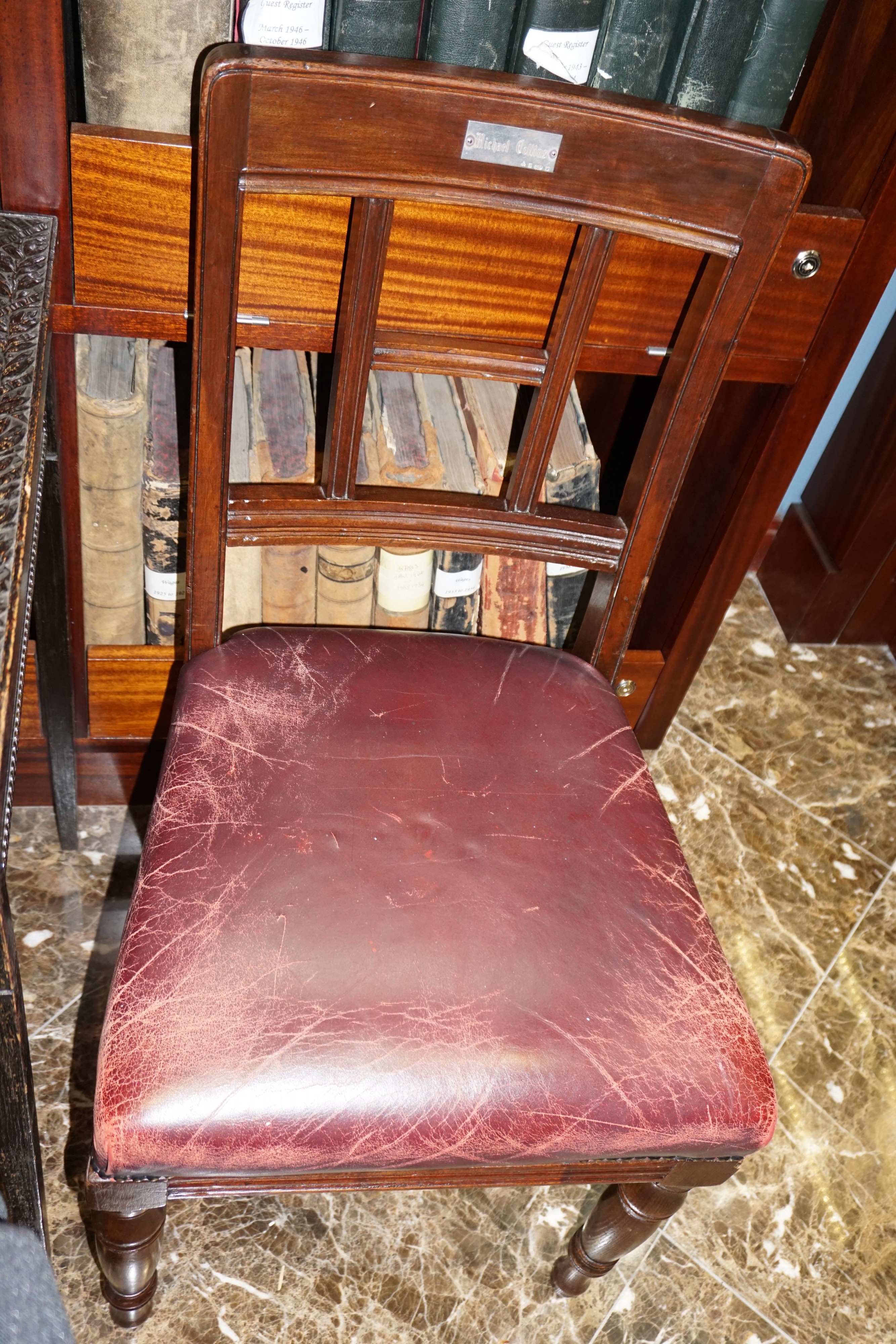 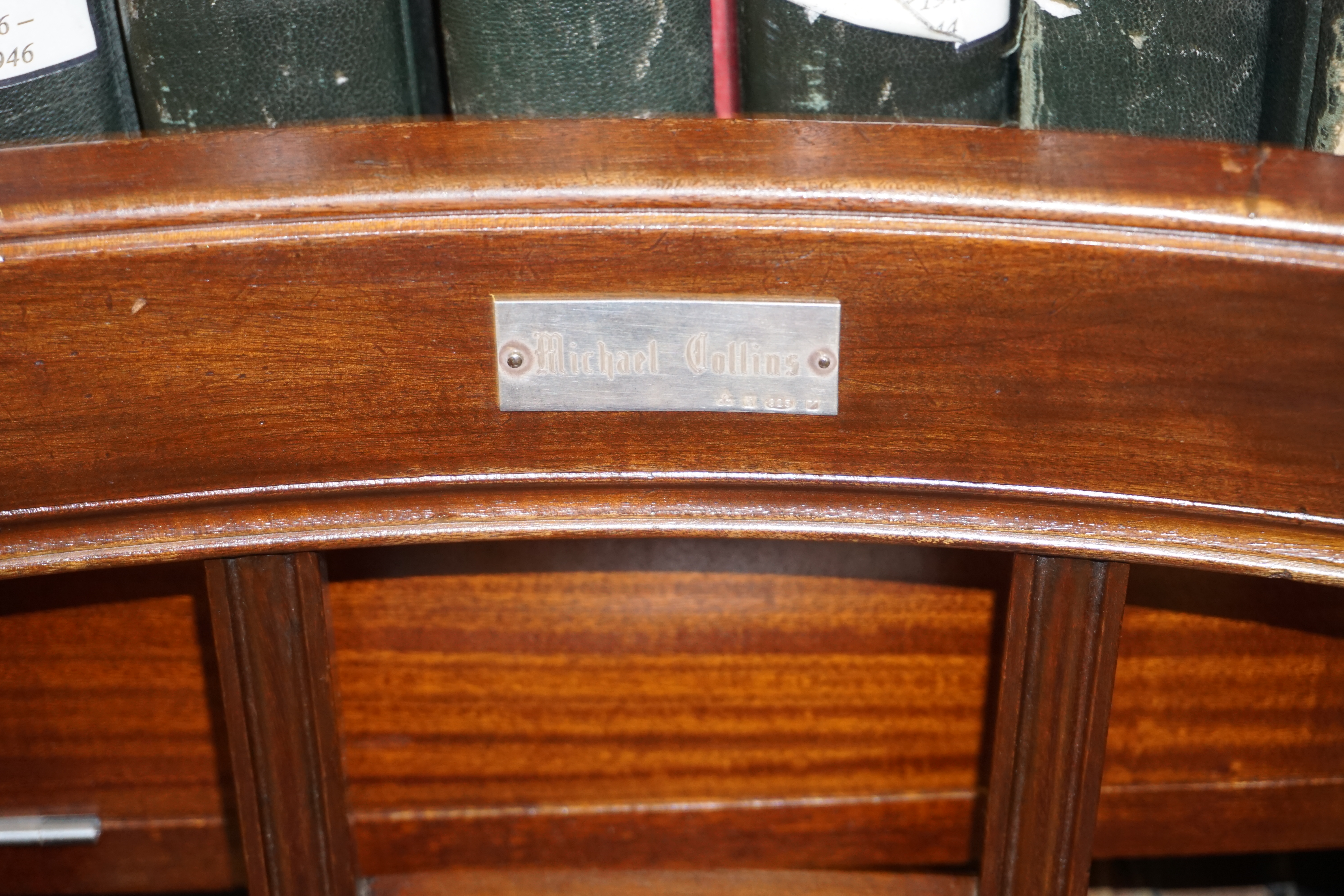 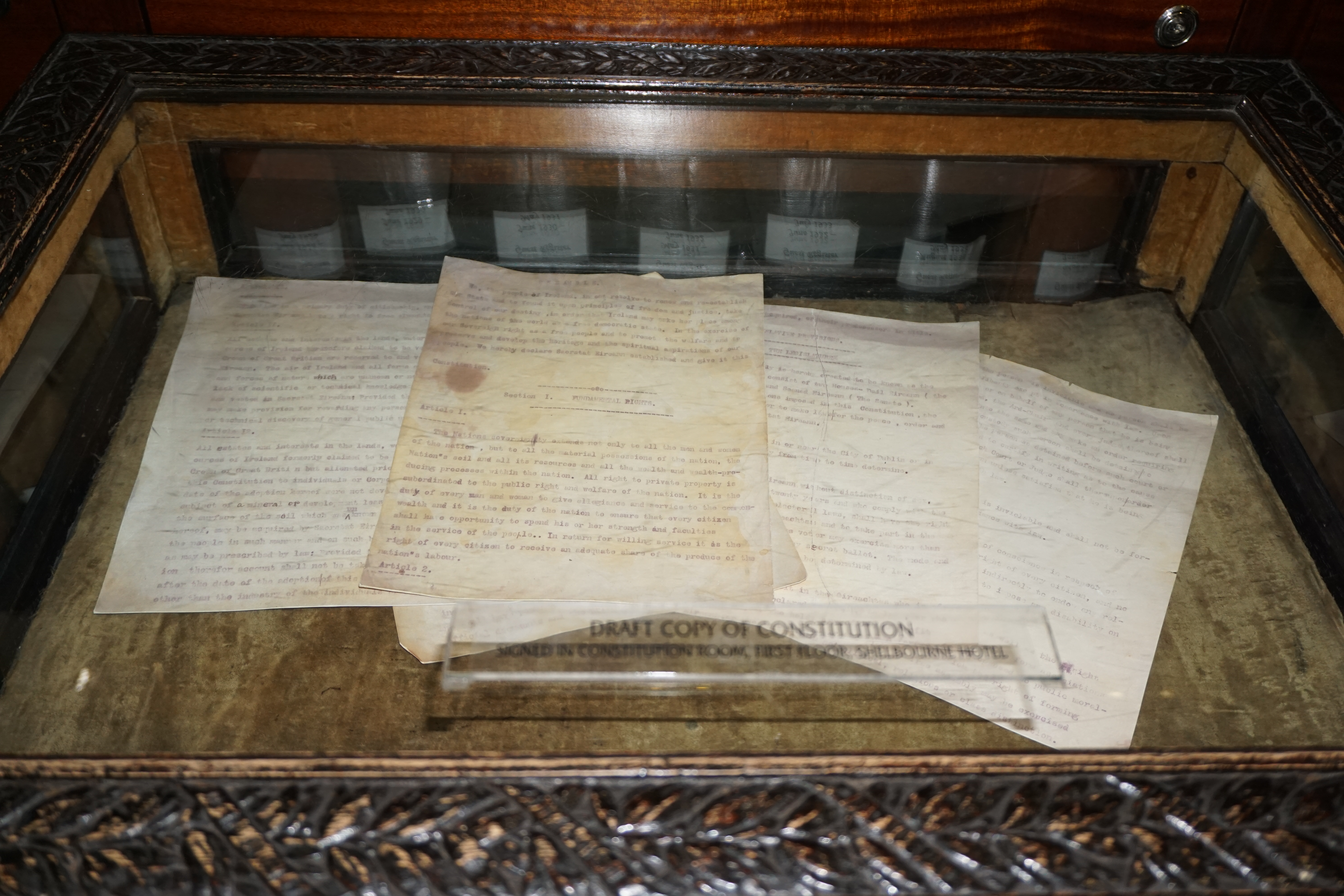 Draft copy of the Irish Constitution 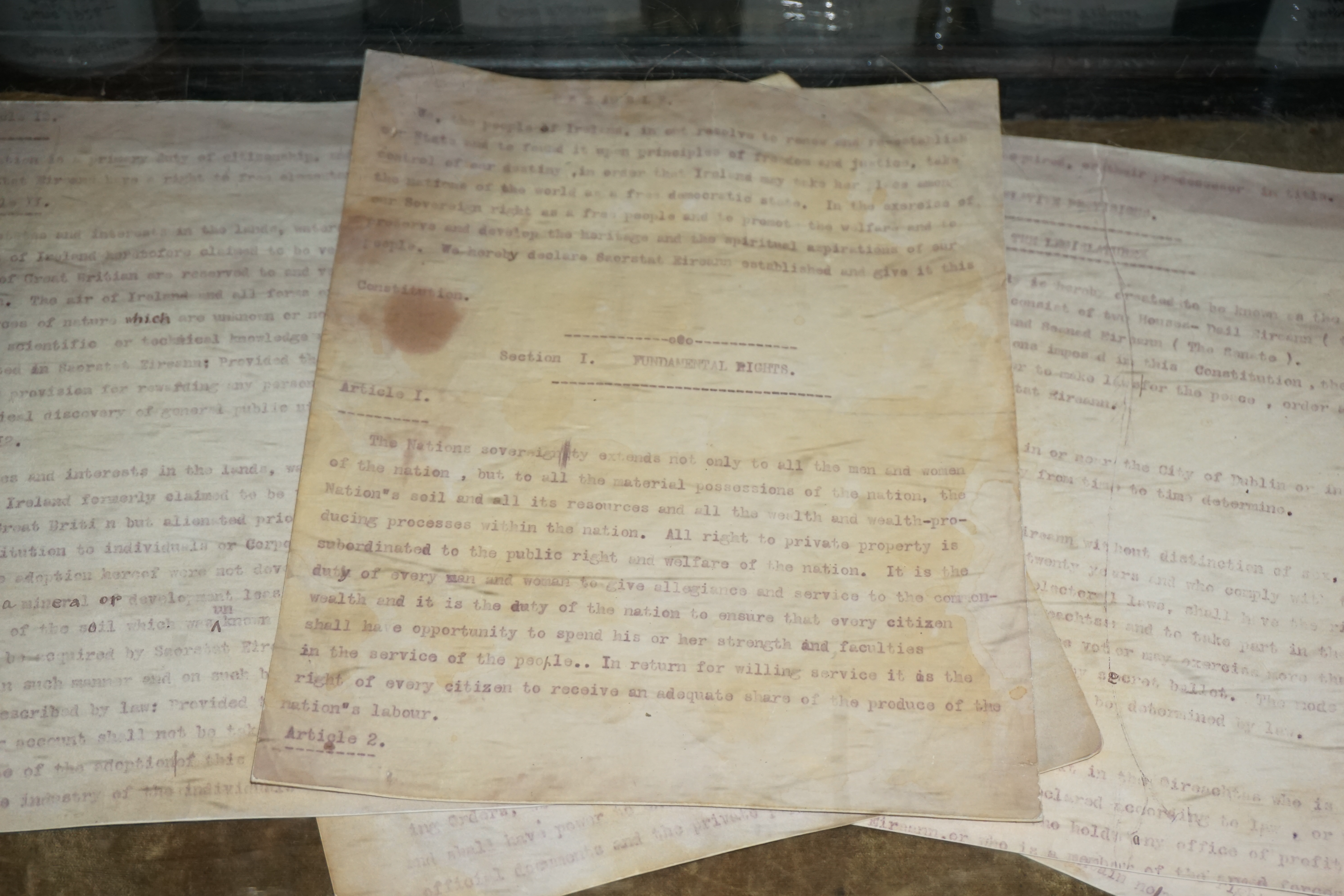 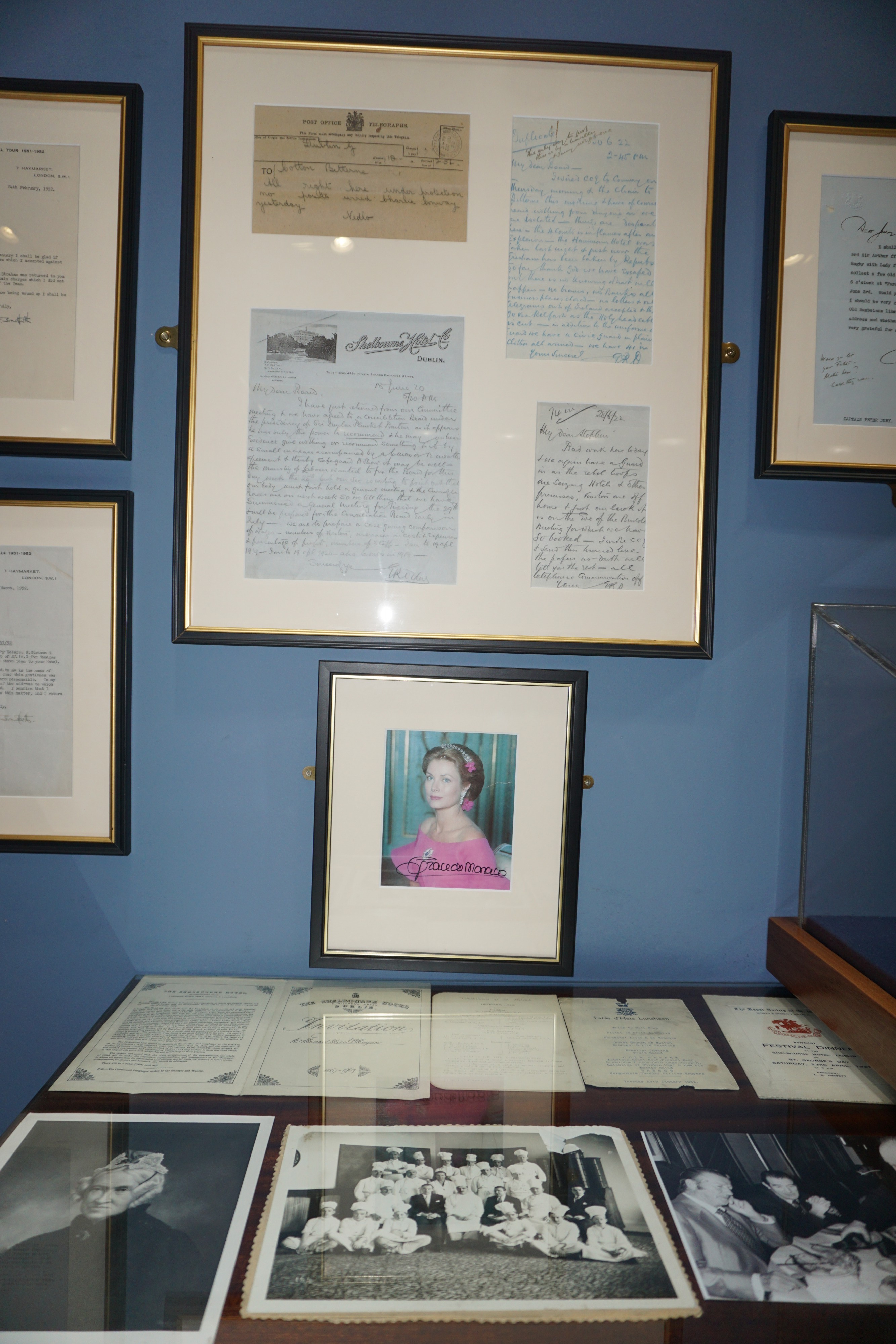 Letters, pictures, documents on display in the Shelbourne Dublin Museum 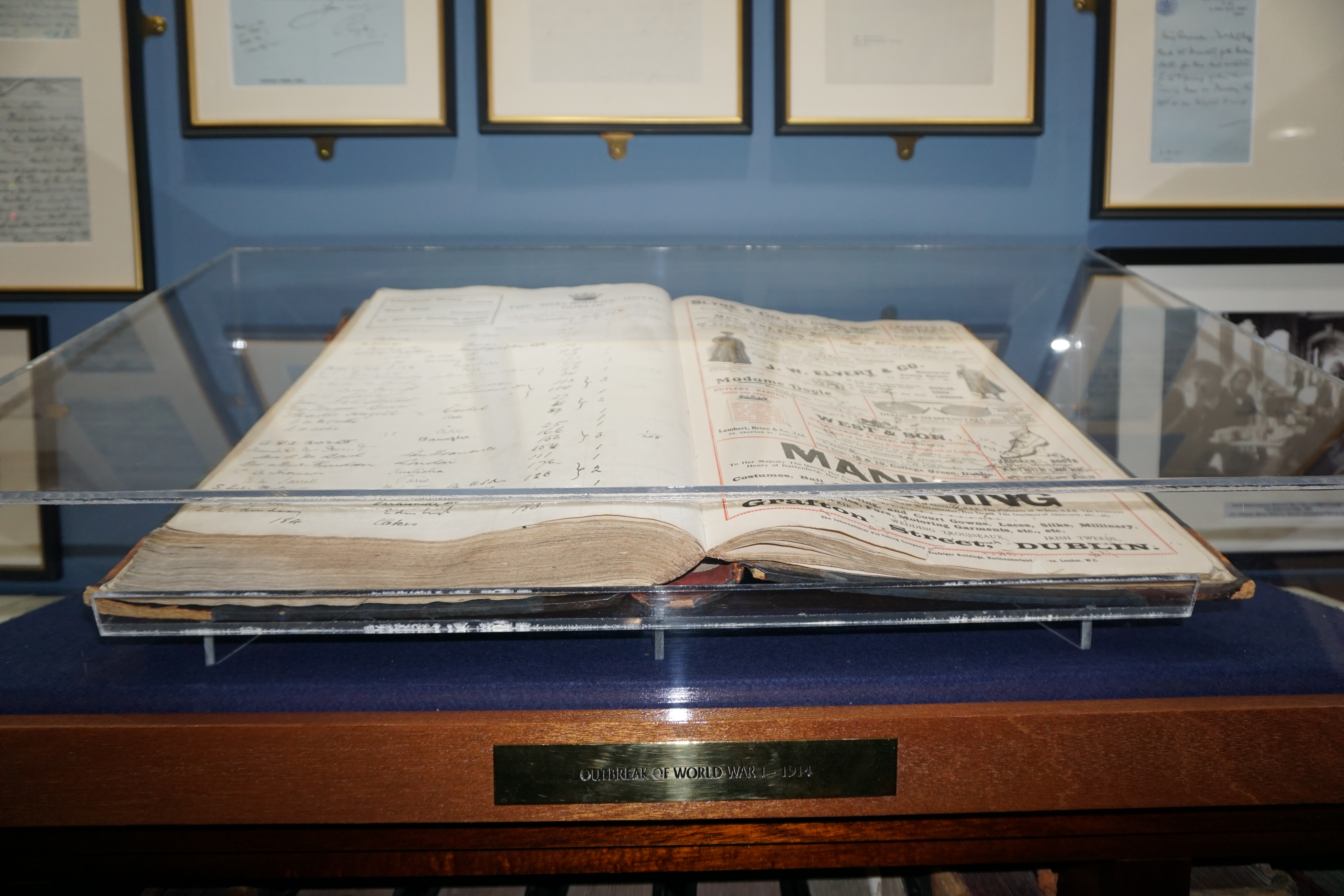 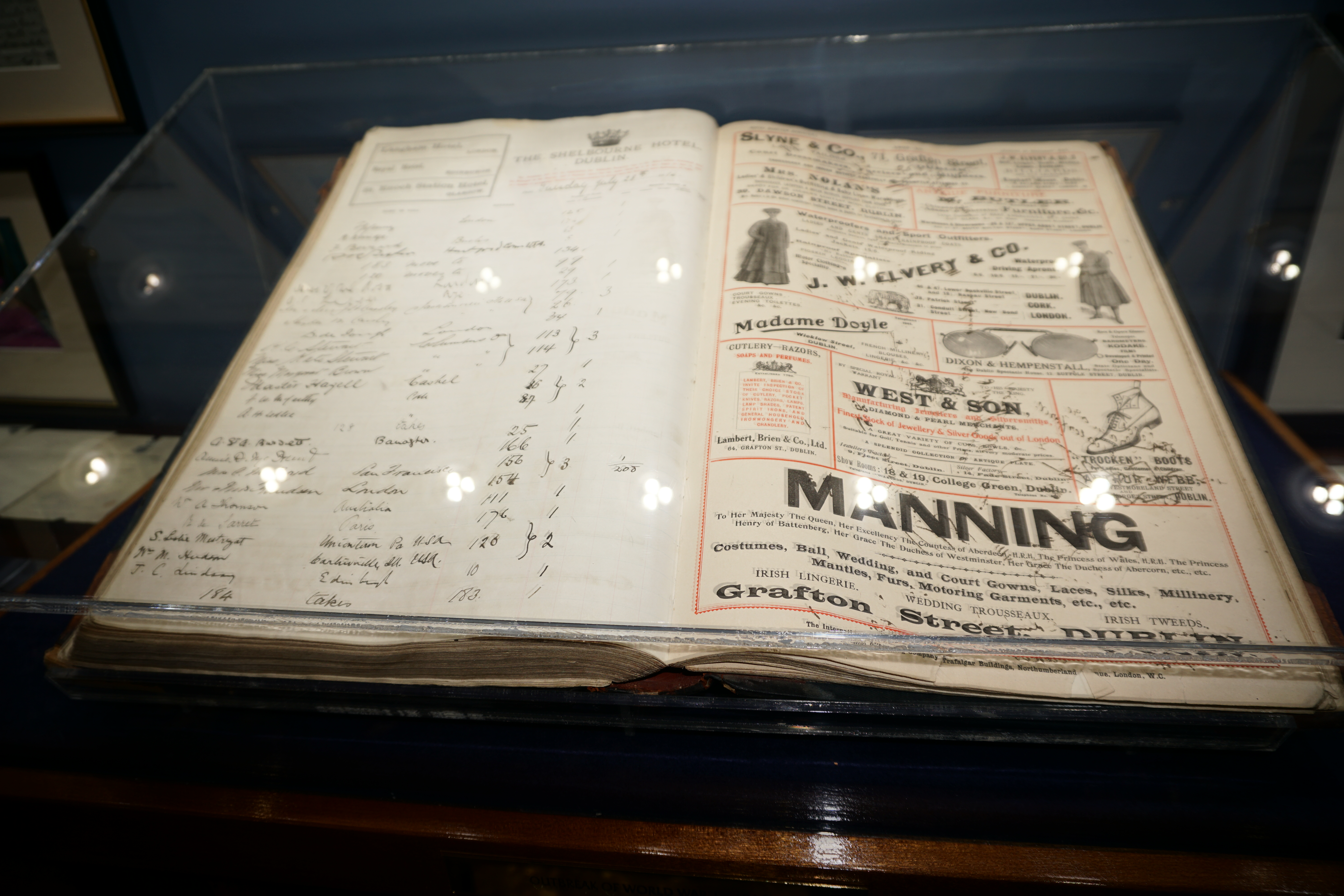 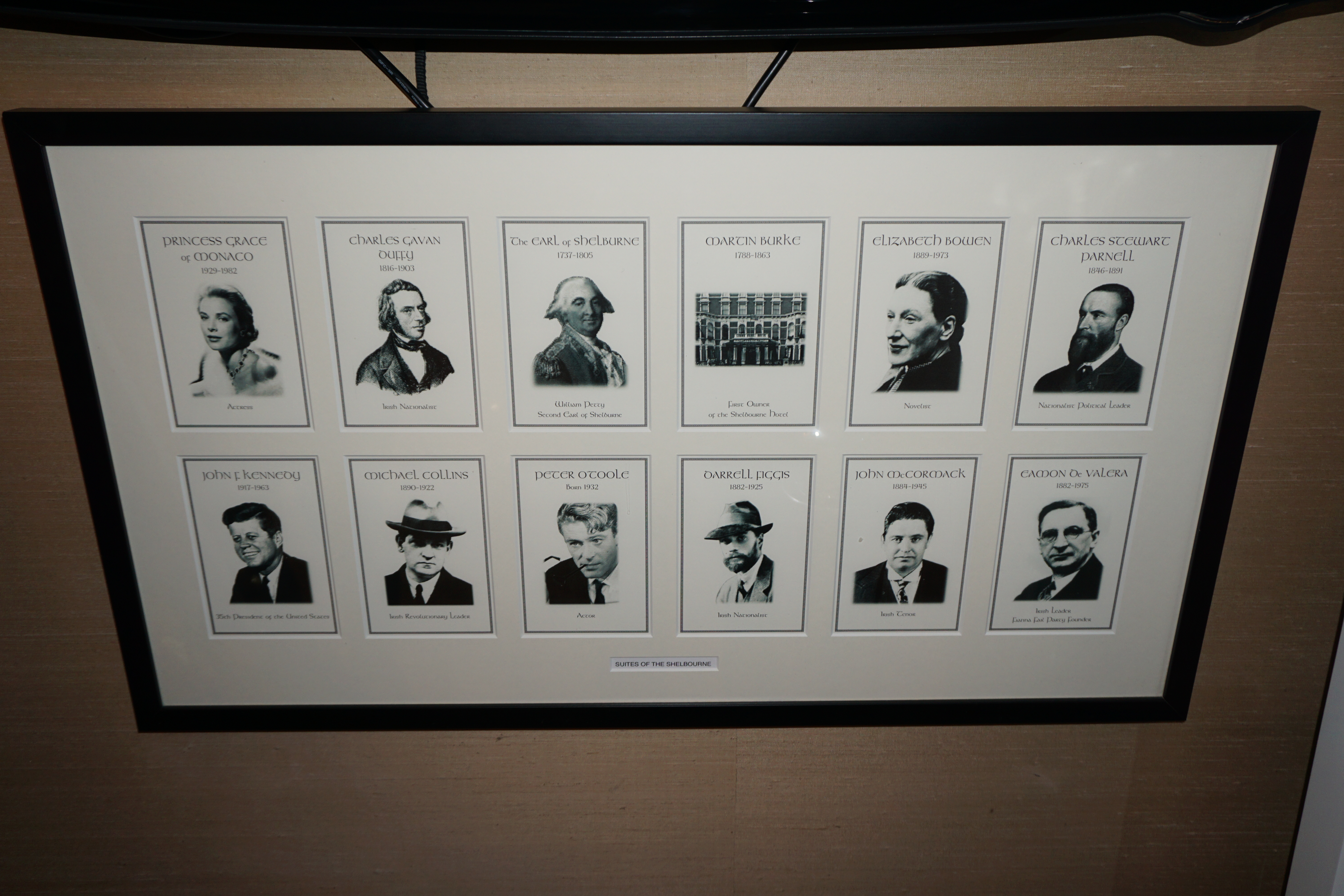 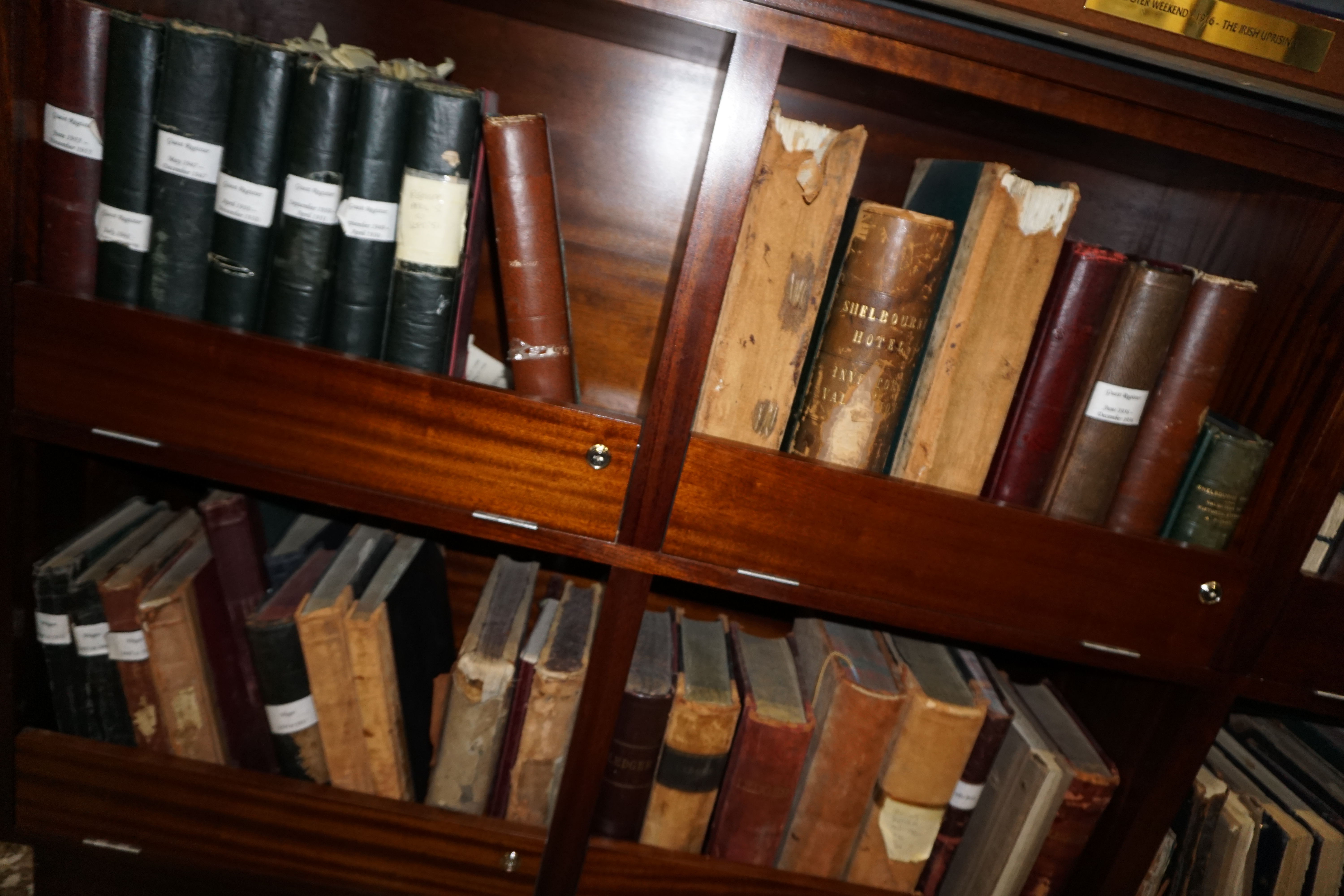 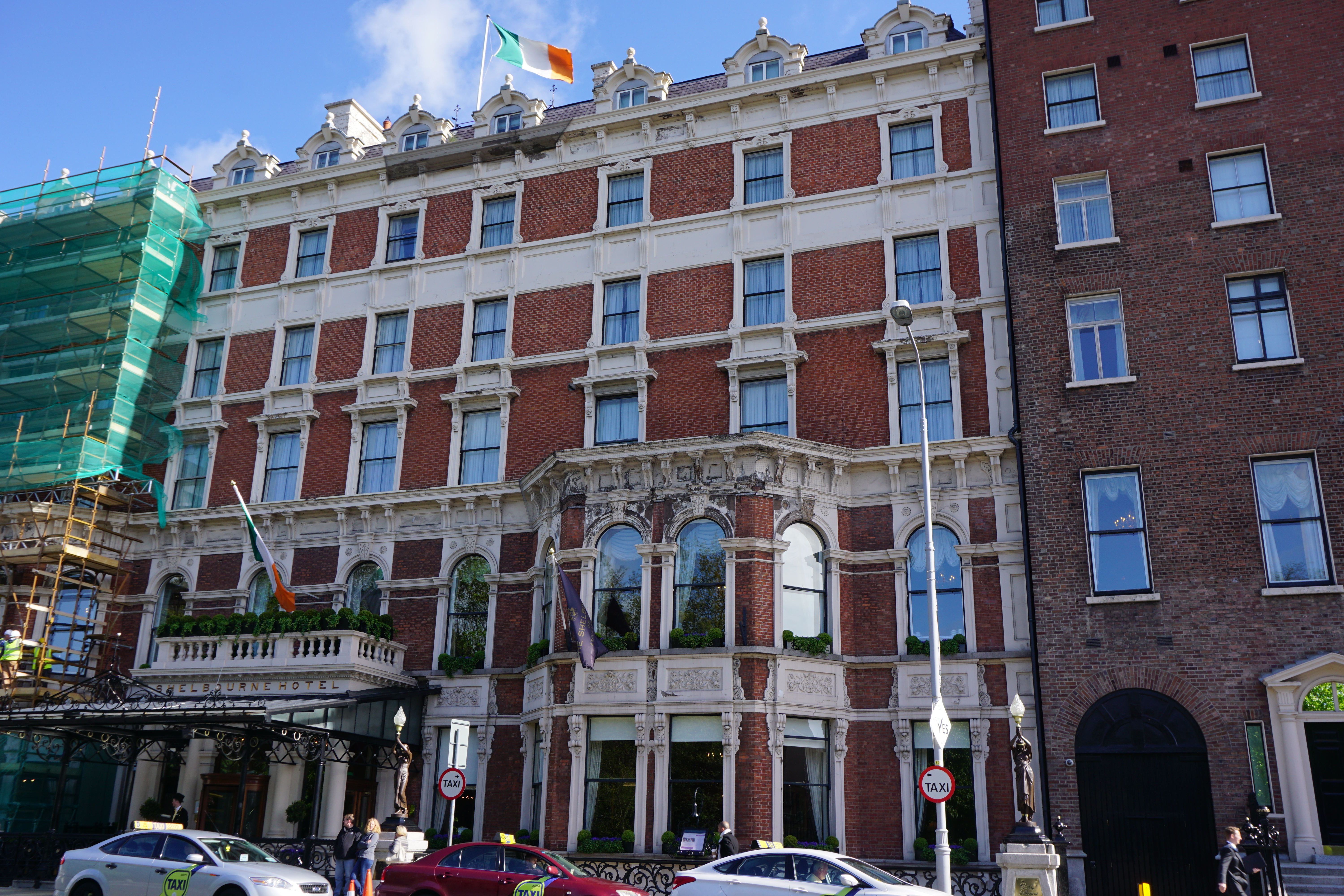