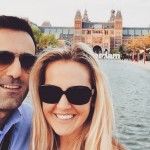 On a Thursday evening after work, I left my office for Boston Logan Airport to catch my IcelandAir flight to Amsterdam. Rolling into the International Departures Terminal made this girl (or “meisje” in Dutch) very happy! Although it was not ideal to stopover on a flight to Europe, IcelandAir airfare happened to be significantly cheaper than nonstop Read Post > 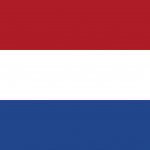 Flag History from Google: “The red stripe which was originally orange, along with the white and blue stripes, are based on the heraldic colors (coat of arms) of Prince William of Orange, who led the fight for Dutch independence. Netherlands Flag History: The Netherlands flag was adopted on February 19, 1937”   OFFICIAL NAME: Kingdom Read Post >