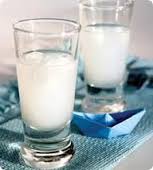 I’m not a licorice flavor lover so I was a little hesitant to give Ouzo, the signature cocktail of Greece, a whirl. My relationship with Ouzo wasn’t love at first sip, but by the end of the trip Ouzo and I were meant to be. Simply put, Ouzo is fabulous. It is a cloudy white drink that is surprisingly very smooth and a little spicy. Ouzo, mixed with water and ice, is traditionally served with mezes or small plates.  Many restaurants offer complimentary baklava or ouzo after dinner. For me, ouzo was the obvious choice!

Now here is a little background on this delightful drink.

Ouzo is the love child of tsipouro, unflavored spirit of grapes from the 14th century, and anise flavor. In 1856, Nicholas Katsaros and his family opened the first ouzo distillery, which still produces ouzo today. One hundred and fifty years later in 2006, the European Union approved ouzo for Protected Designation of Origin of production in Greece.

For such a fun word, the origin of the name “ouzo” is debatable. “Uso Massalia” or “for use in Marseille” in Italian is the most popular theory. This label was stamped on selected silkworm cocoons exported from Tyrnavos, Greece in the 19th century. It is rumored that this designation came to stand for “superior quality” which the spirit distilled as ouzo was thought to possess. Another rumor is that the word “ouzo” comes from the Turkish word, “uzum” meaning “grape.” I’m not sure which one I believe! 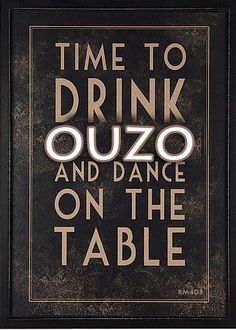 During my travels, I noticed the local ice cream shops offered Mastiha ice cream! It sparked my interest and curiosity on this unknown flavor as I have never heard of it before this trip.

Mastic (mastiha flavor), resin obtained from the mastic tree) is special to Greece. Mastiha is a brandy-based liqueur native to the island of Chios, where mastic has traditionally been cultivated.. In Greece, it is known as the “tears of Chios” as it is produced in “tears” or droplets. Similar to ouzo, the EU granted Protected Designation of Origin for mastiha which  is commonly used for baking and cooking. In Turkey, mastic is widely used in signature desserts such as Turkish Delight and donsurma.

During the Ottoman rule of Chios, mastic proved to be very valuable commodity  The penalty for stealing mastic was execution by order of the sultan. Yikes, sounds harsh! In the Chios Massacre of 1822, the people of the Mastuchochoria region were spared by the sultan in order to secure a steady supply of mastic to him and his harem. Furthermore, in religious settings, mastic is an essential ingredient of chrism, the holy oil used for anointing by the Orthodox Churches. 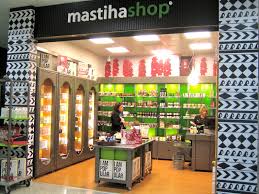 There are many uses for this traditional natural substance from the Greek ground. In the Athens airport, there is an entire store dedicated to Mastiha products. The store sells perfumes, soaps, cosmetics, food, and other traditional local products!