It was a long, bumpy, three-hour car ride each way to Mysore from Bangalore, but it was totally worth it. Unfortunately, there were strict no-photo policies inside most of the attractions…Mostly because they want to sell you photos in the gift shops. Here is a quick post of what we saw on our day trip.

The drive brought us through several small towns which we like because of the opportunities to see locals living their everyday lives. 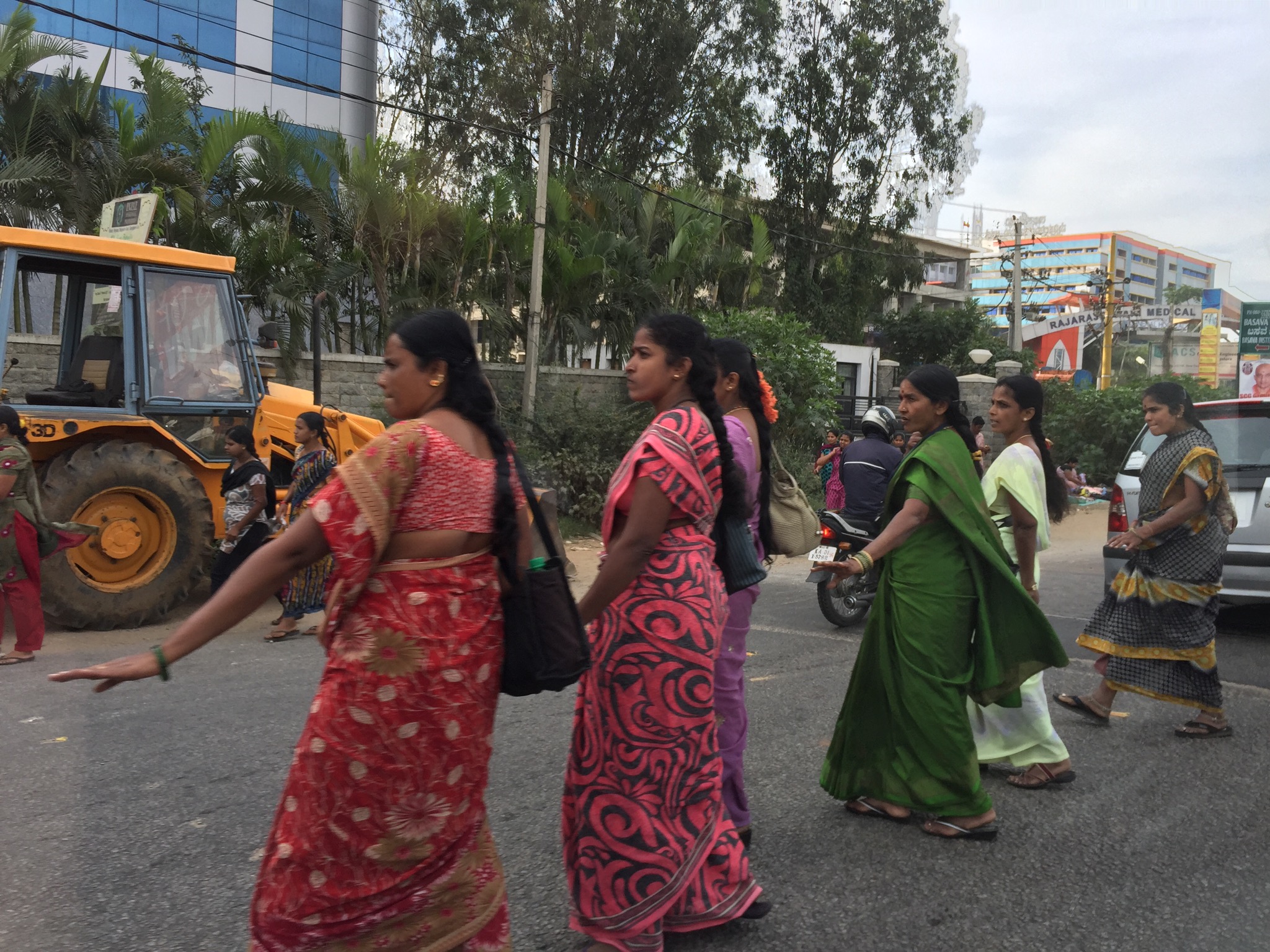 No crosswalks, hand out and just go! 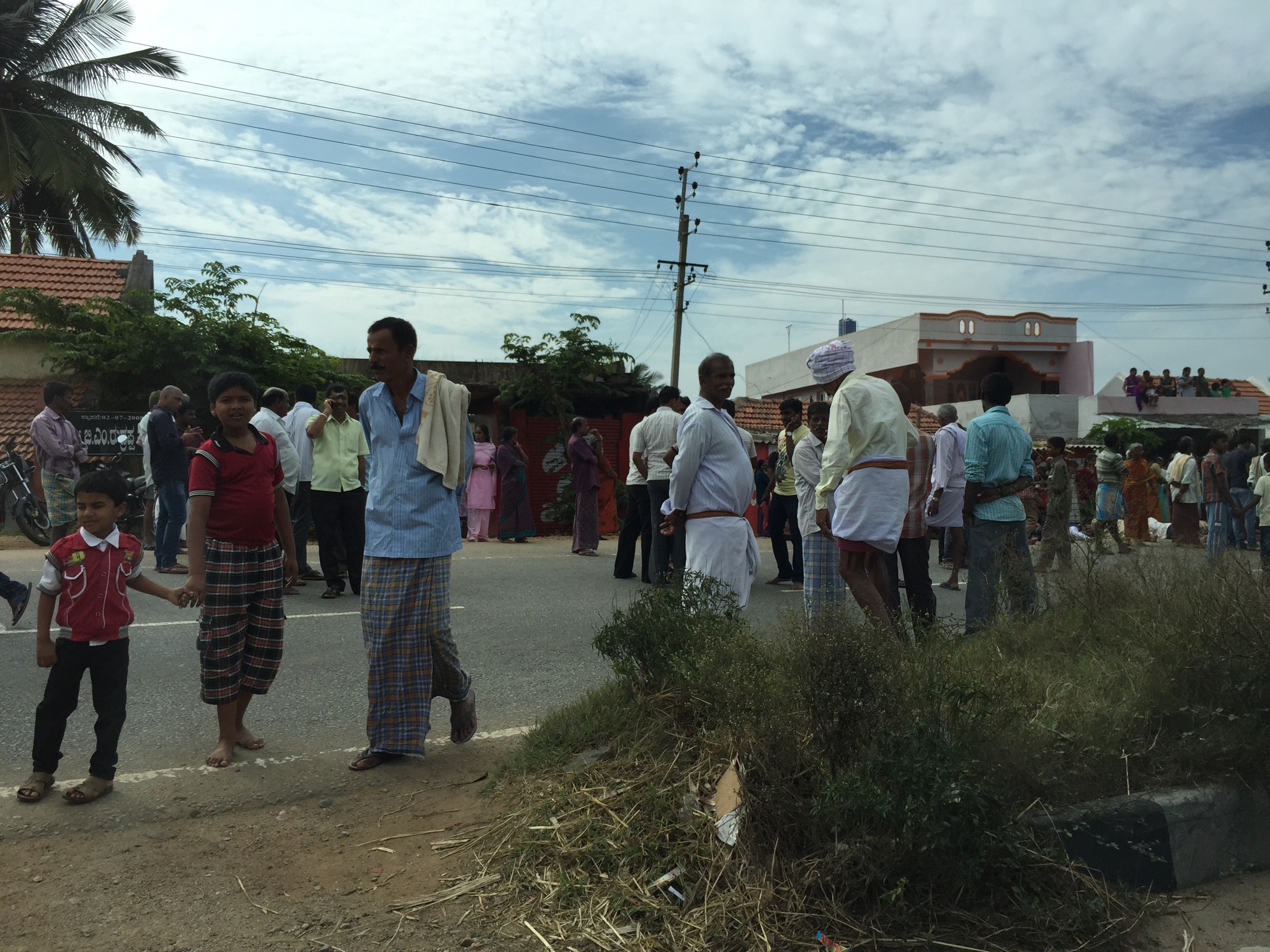 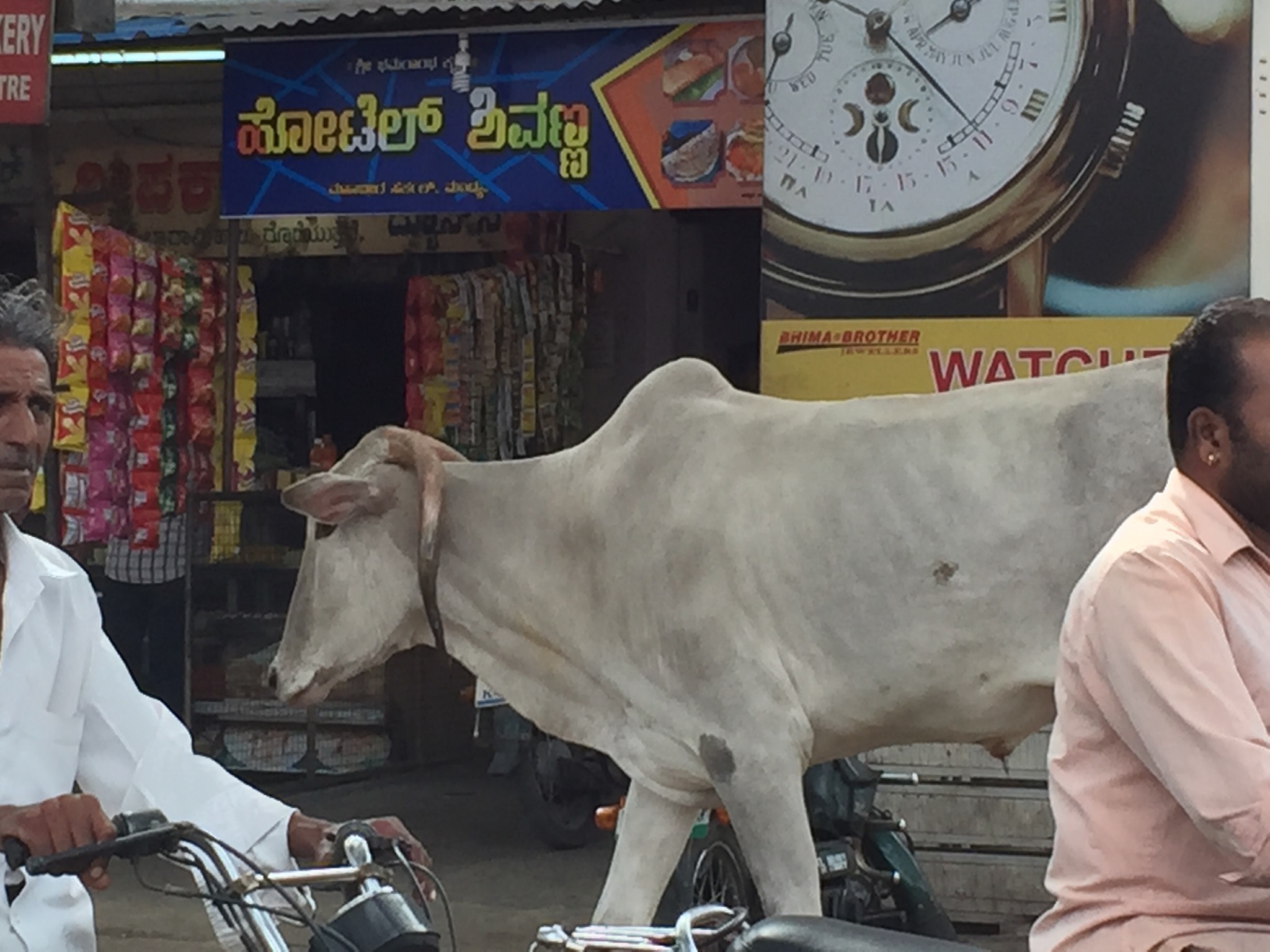 One of the many sacred cows strolling the city streets! 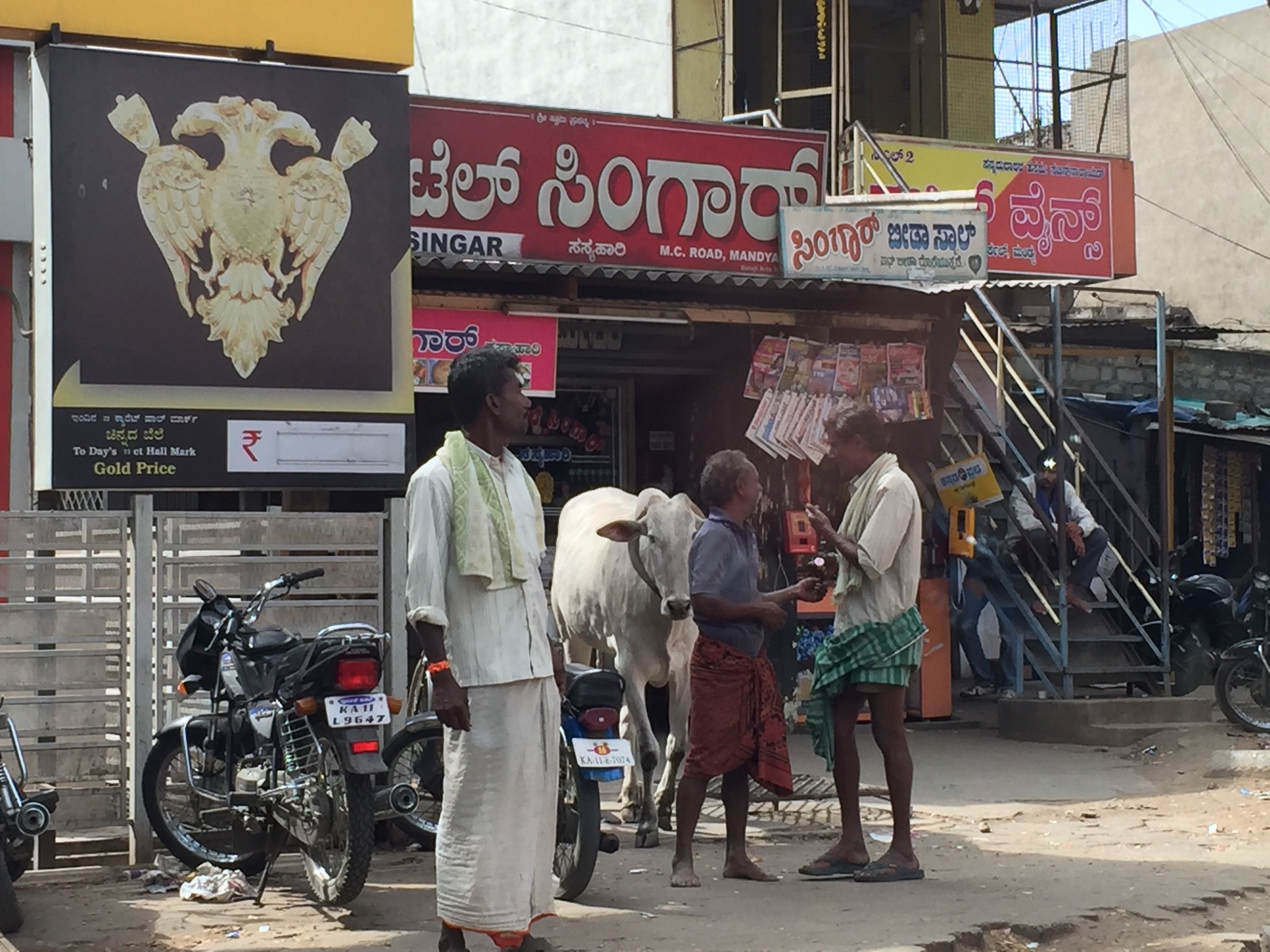 Sacred cow leaving a local shop–must of had to run a few errands! 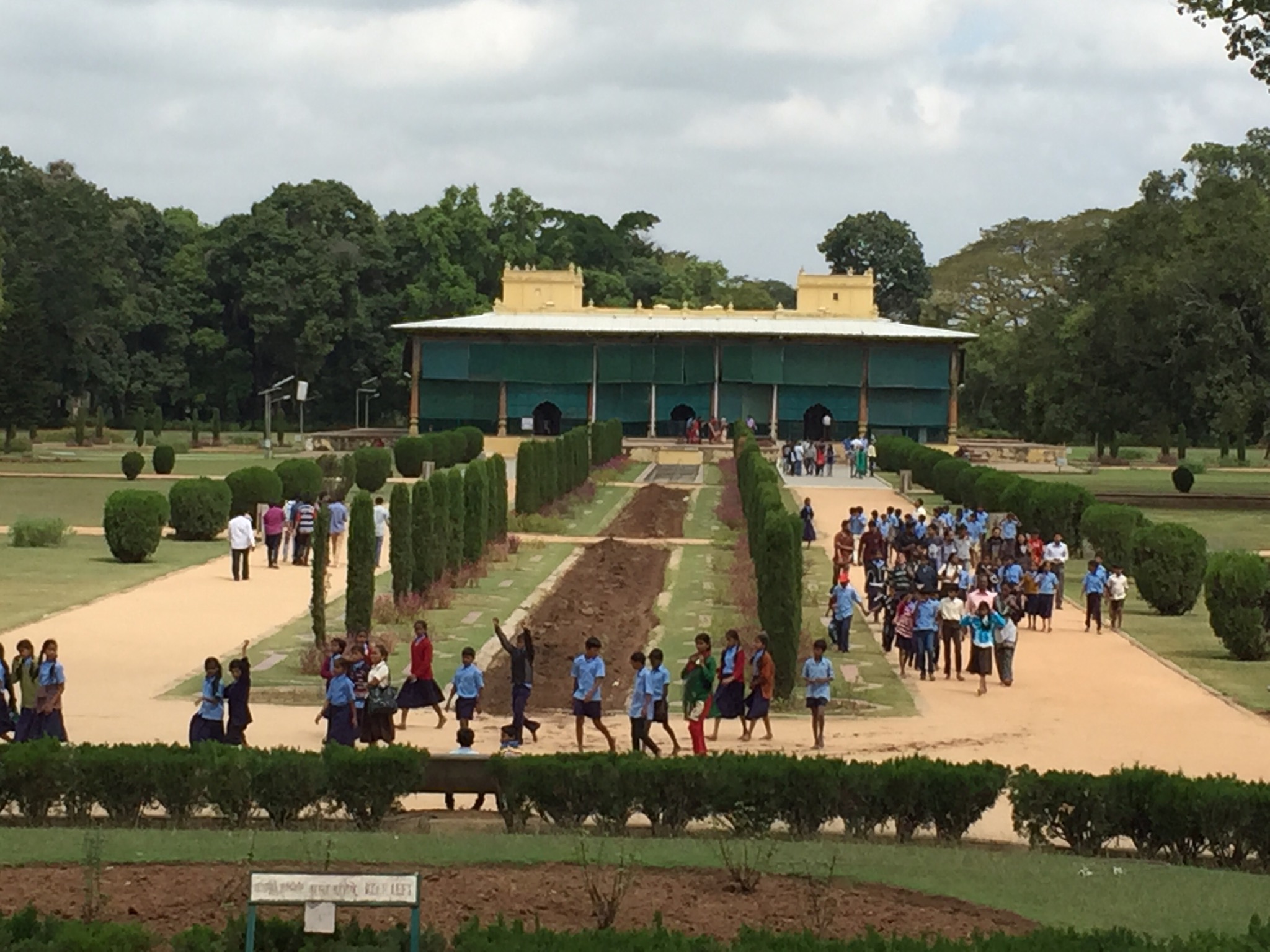 Bus loads of school children at all the tourist stops! India provides free entry to children and local students. 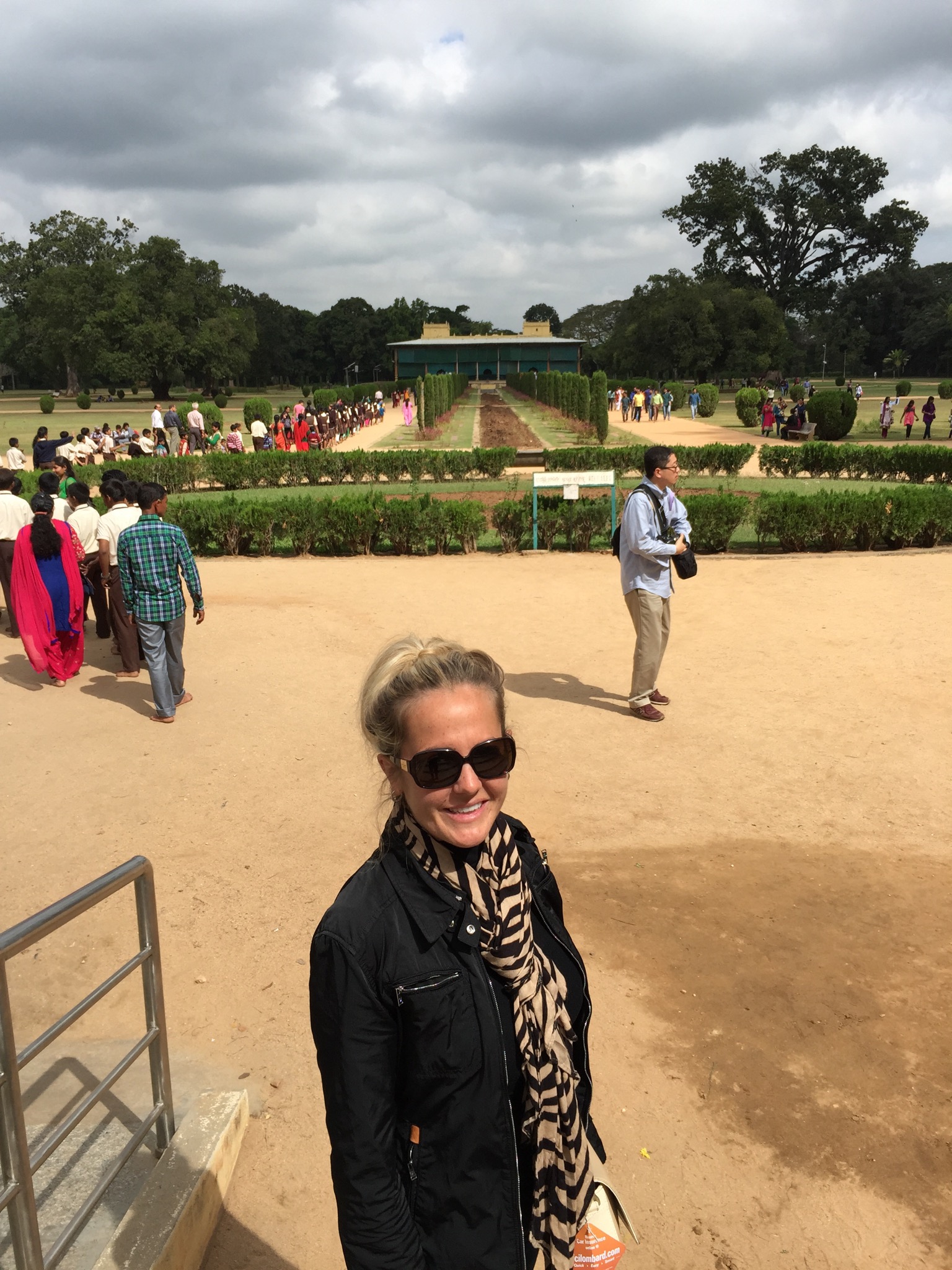 Gumbaz: This tomb and mosque was built by Tipu Sultan as a tribute to his father, Hyder Ali, after his death in 1784. It is built on a stone foundation, with polished black granite pillars that run along the corridor around the inner chamber. These black pillars were brought to Mysore from Iran. At the eastern entrance of the Mausoleum is a tablet in Persian script that speaks of the martyrdom of Tipu Sultan in 1799. 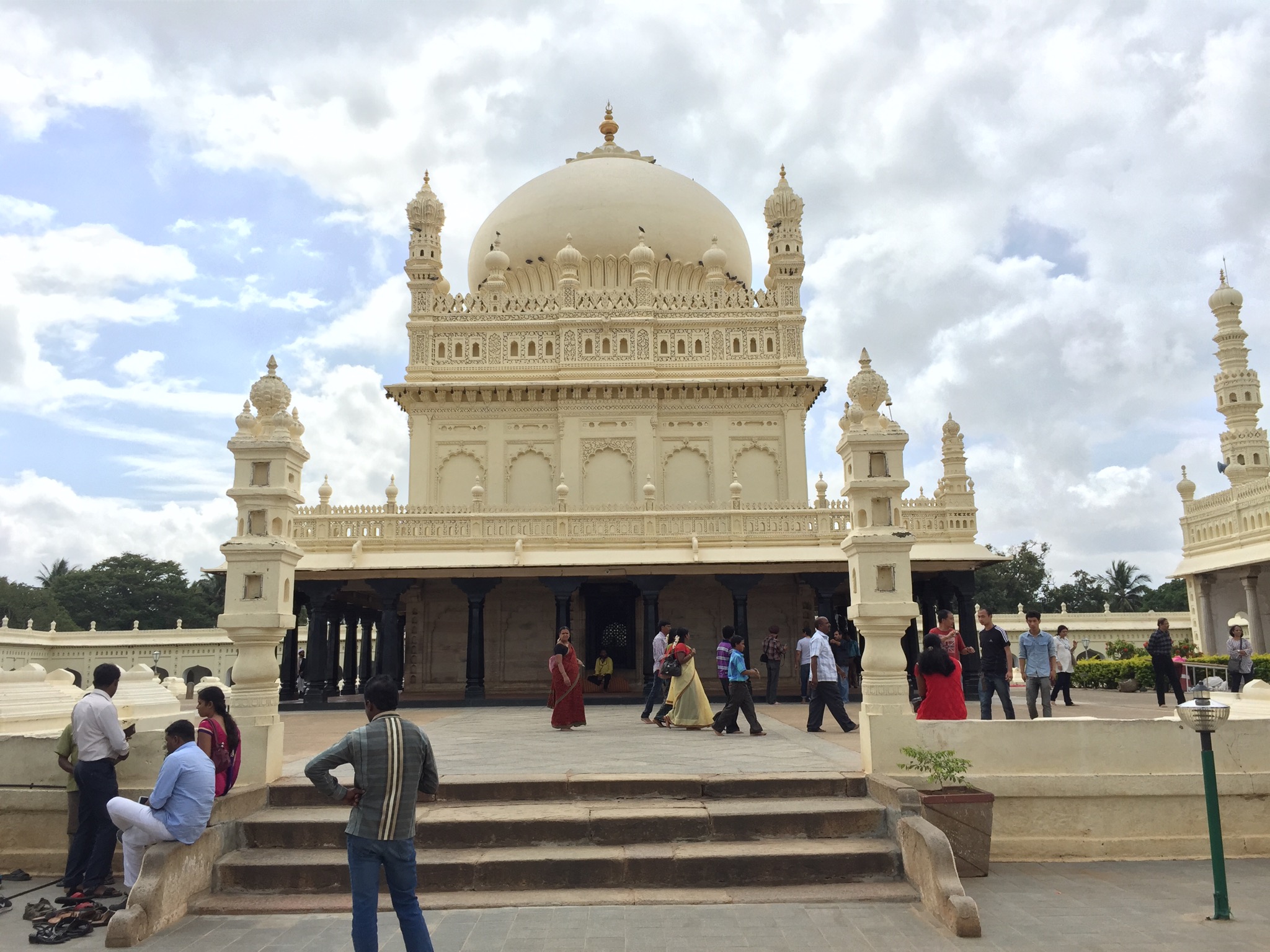 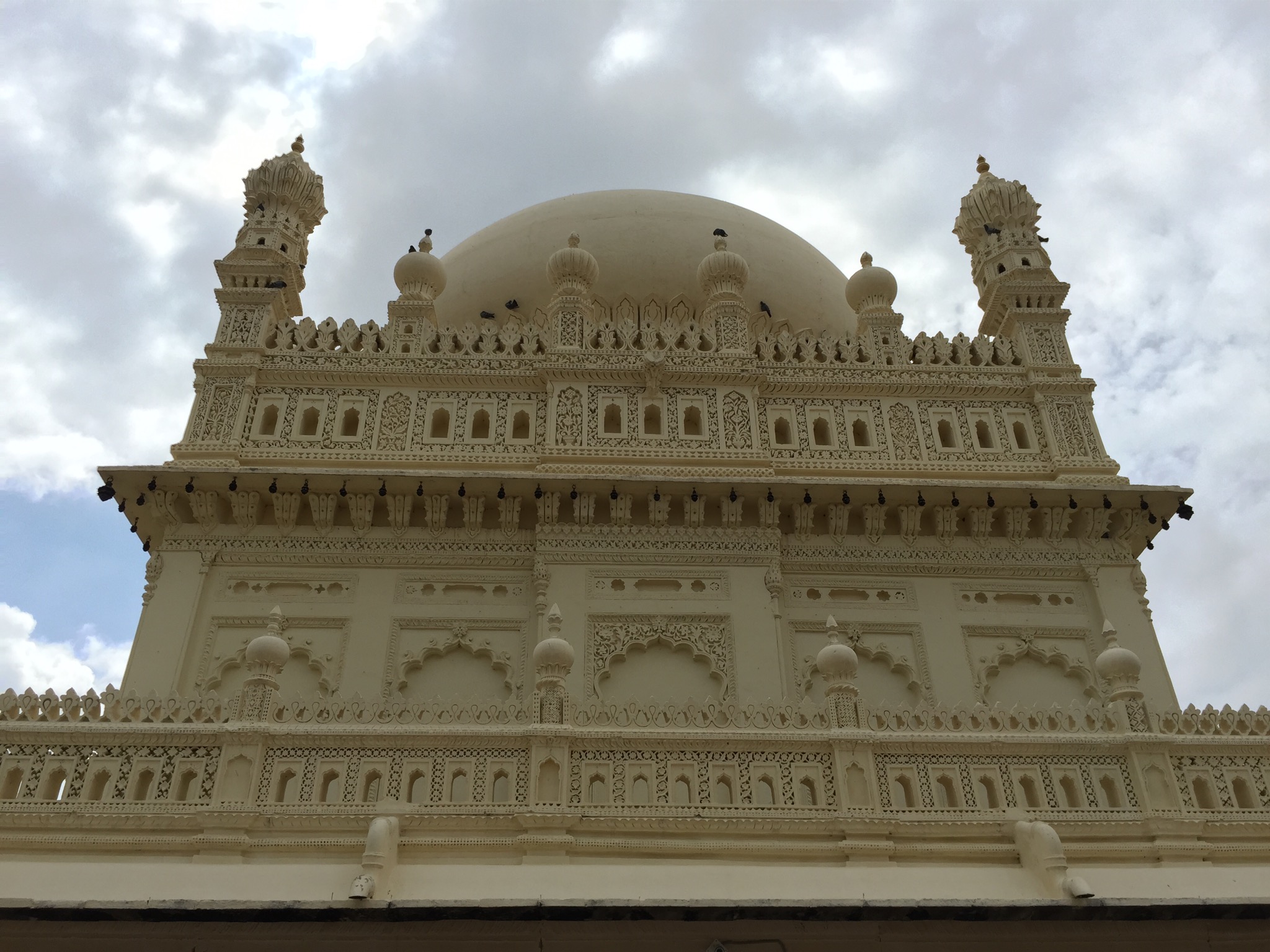 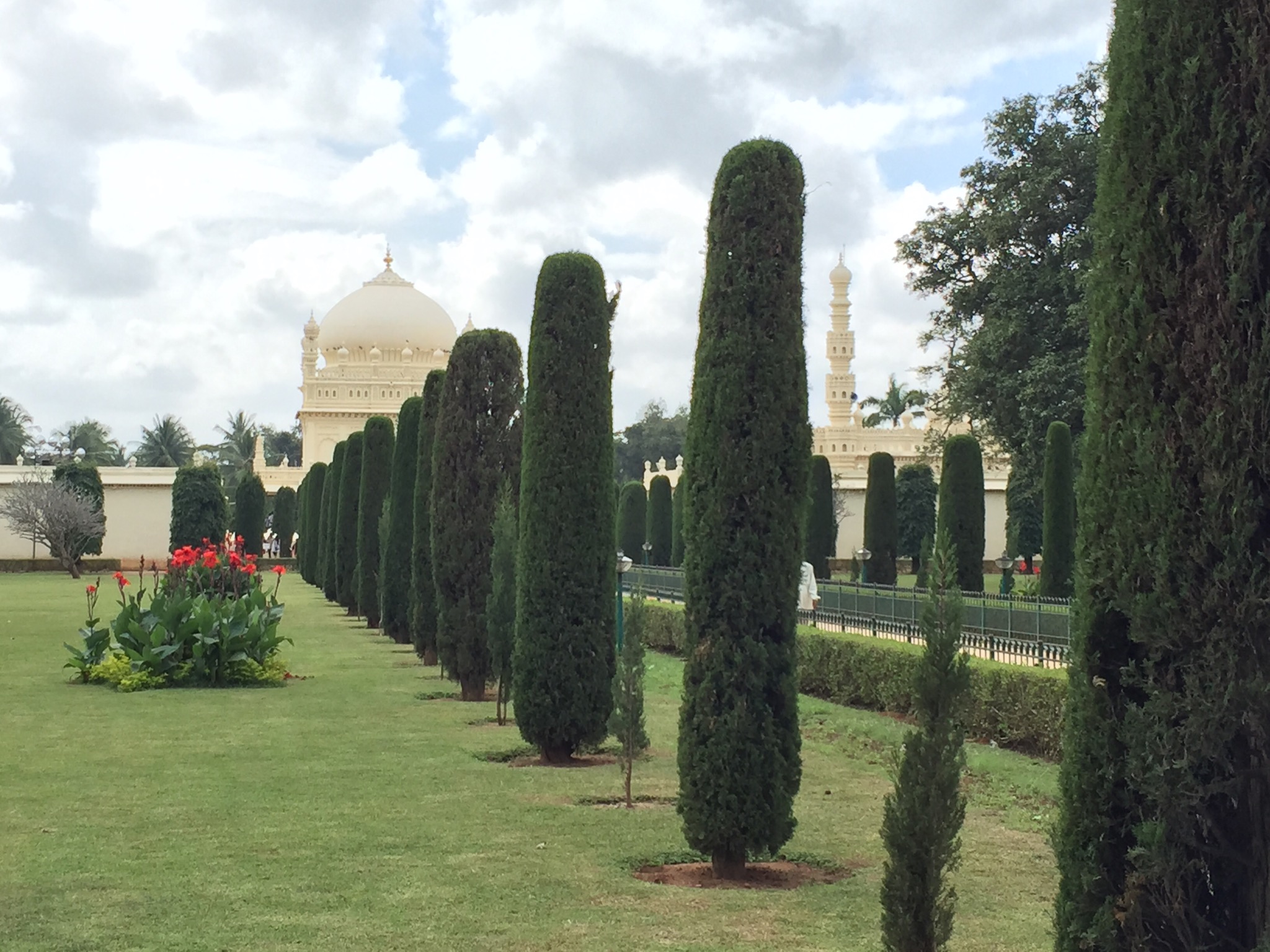 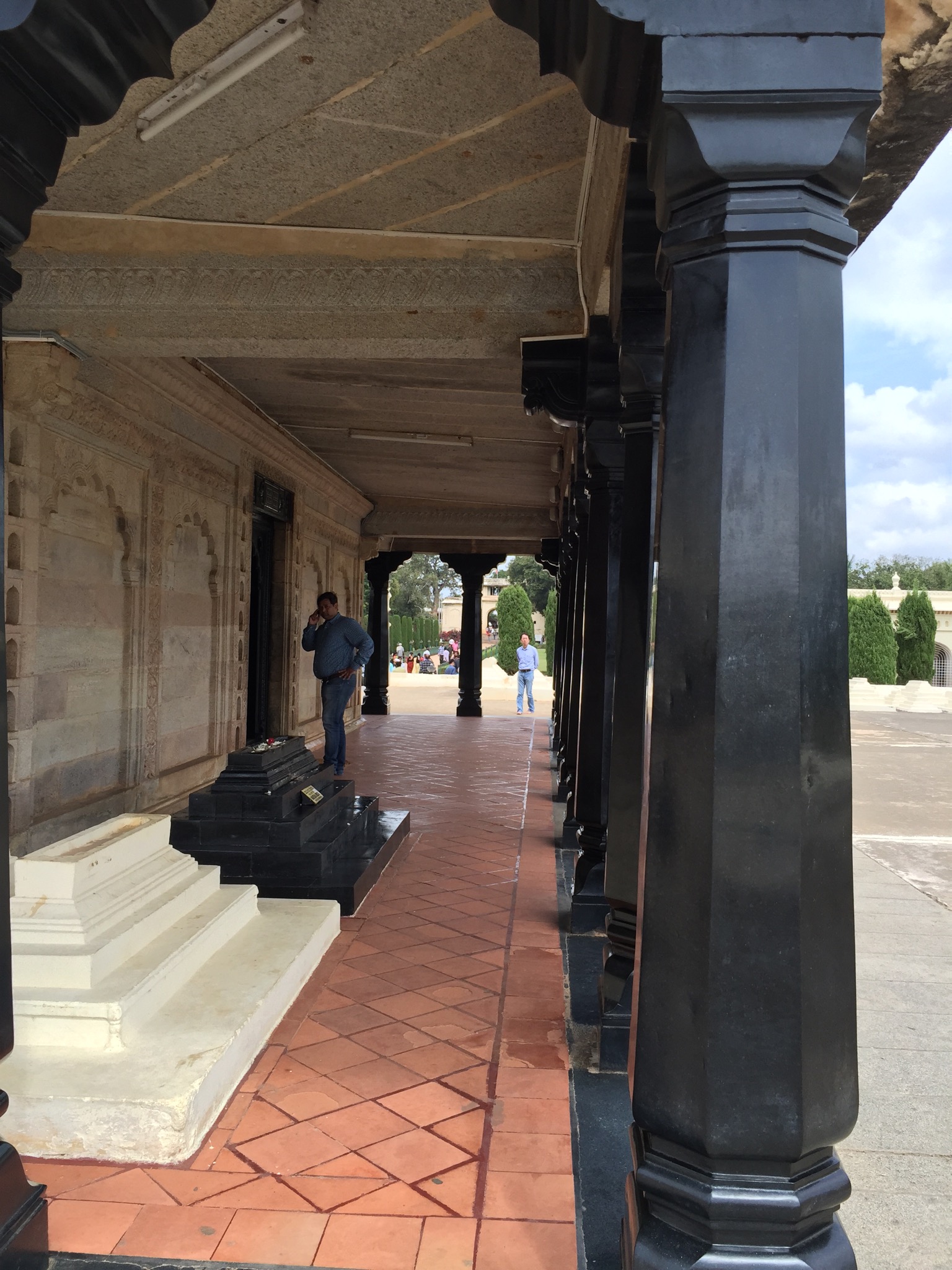 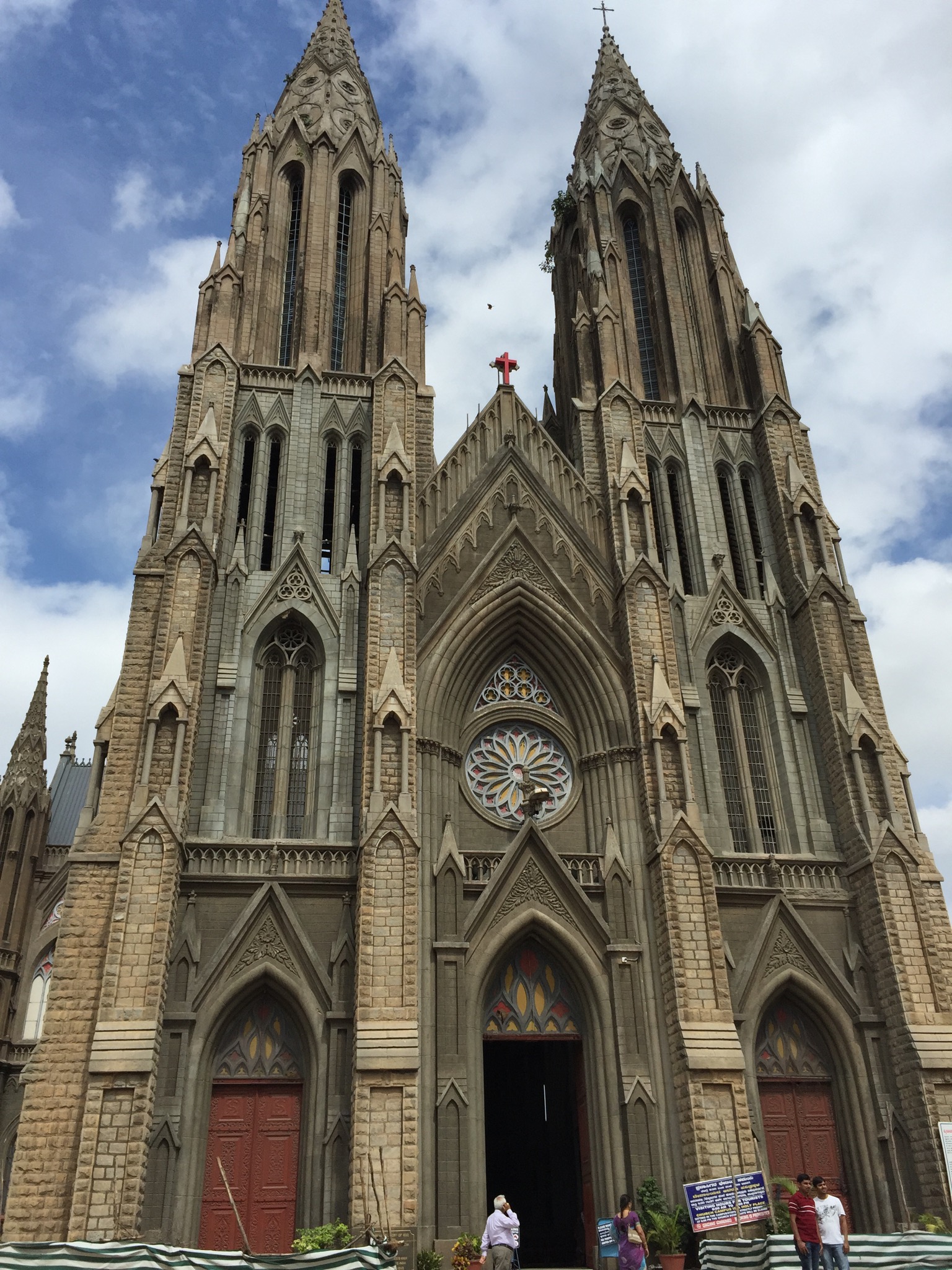 Mysore Palace: This palace dates back to the 14th Century, but it was rebuilt several times over the centuries. The current palace was completed in 1912 by the last maharaja (king) of the Mysore kingdom. Mysore Palace blends many styles of architecture and it is quite spectacular to see!  We would have taken more photos, but security was watching us like hawks.  We saw them catch another tourist couple taking a pic, and besides creating quite a scene by waiving their arms, running, and blowing loud whistles like overzealous NFL referees calling offensive offsides, they forced the couple to delete their photos from their camera. 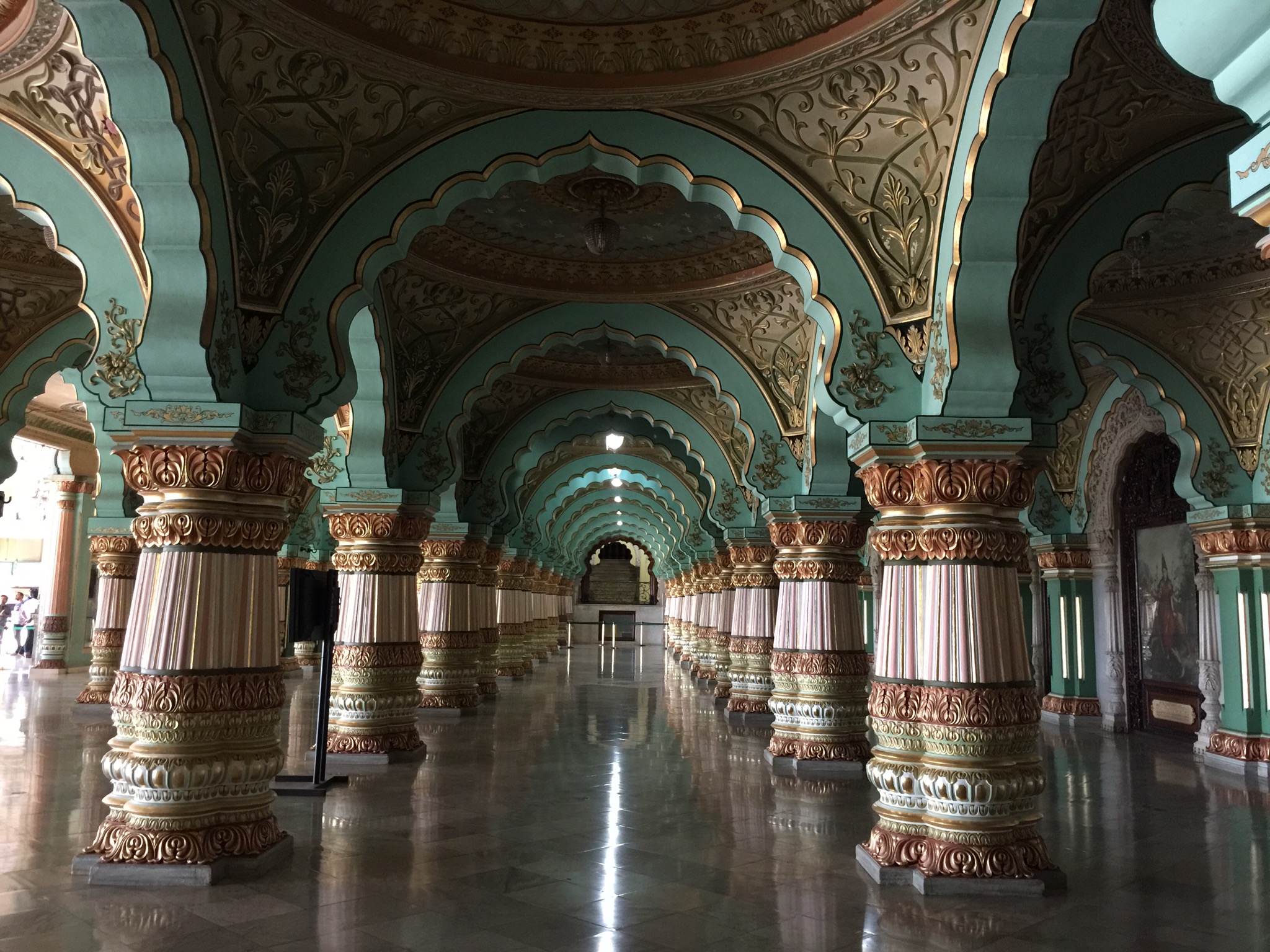 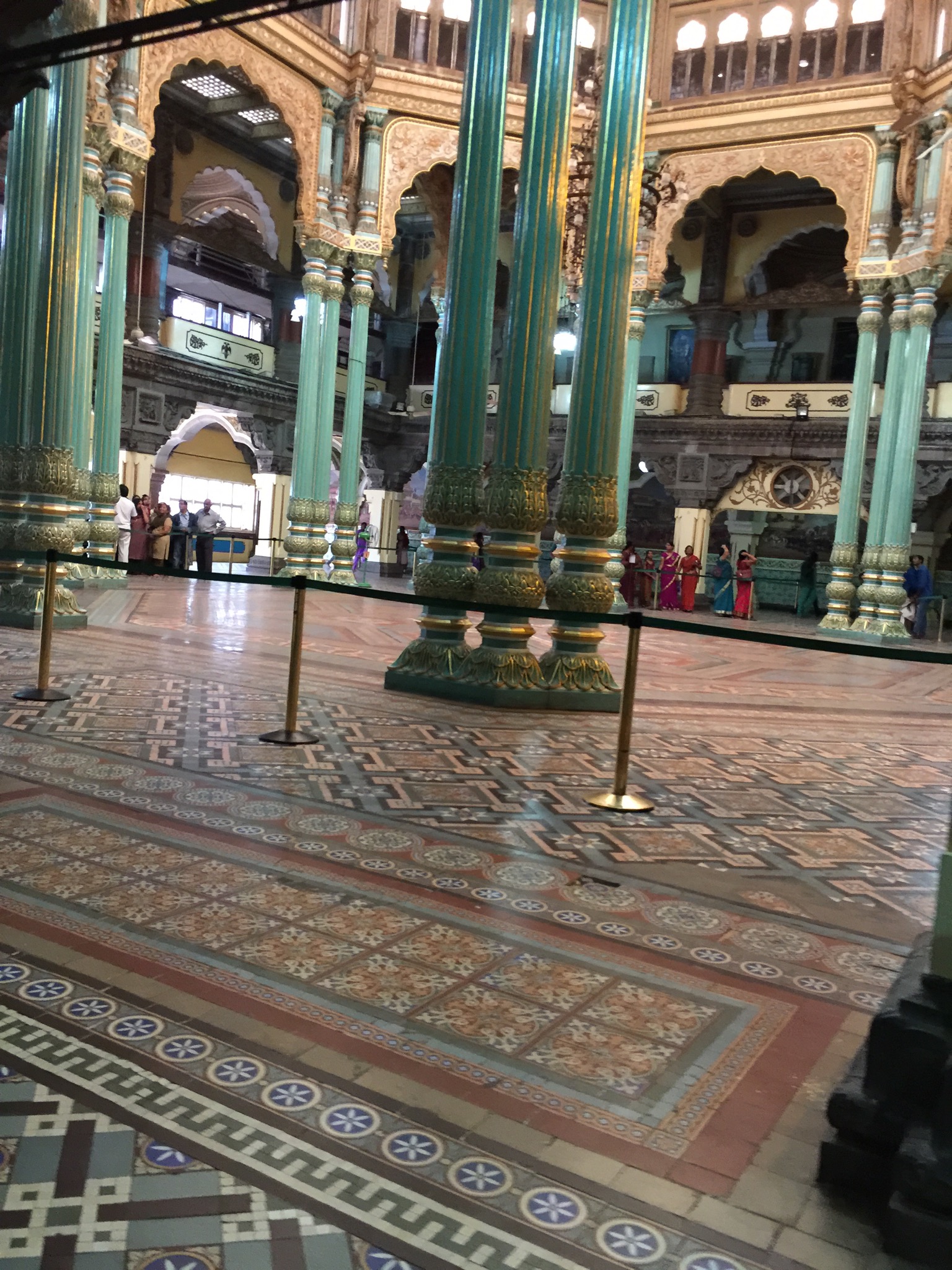 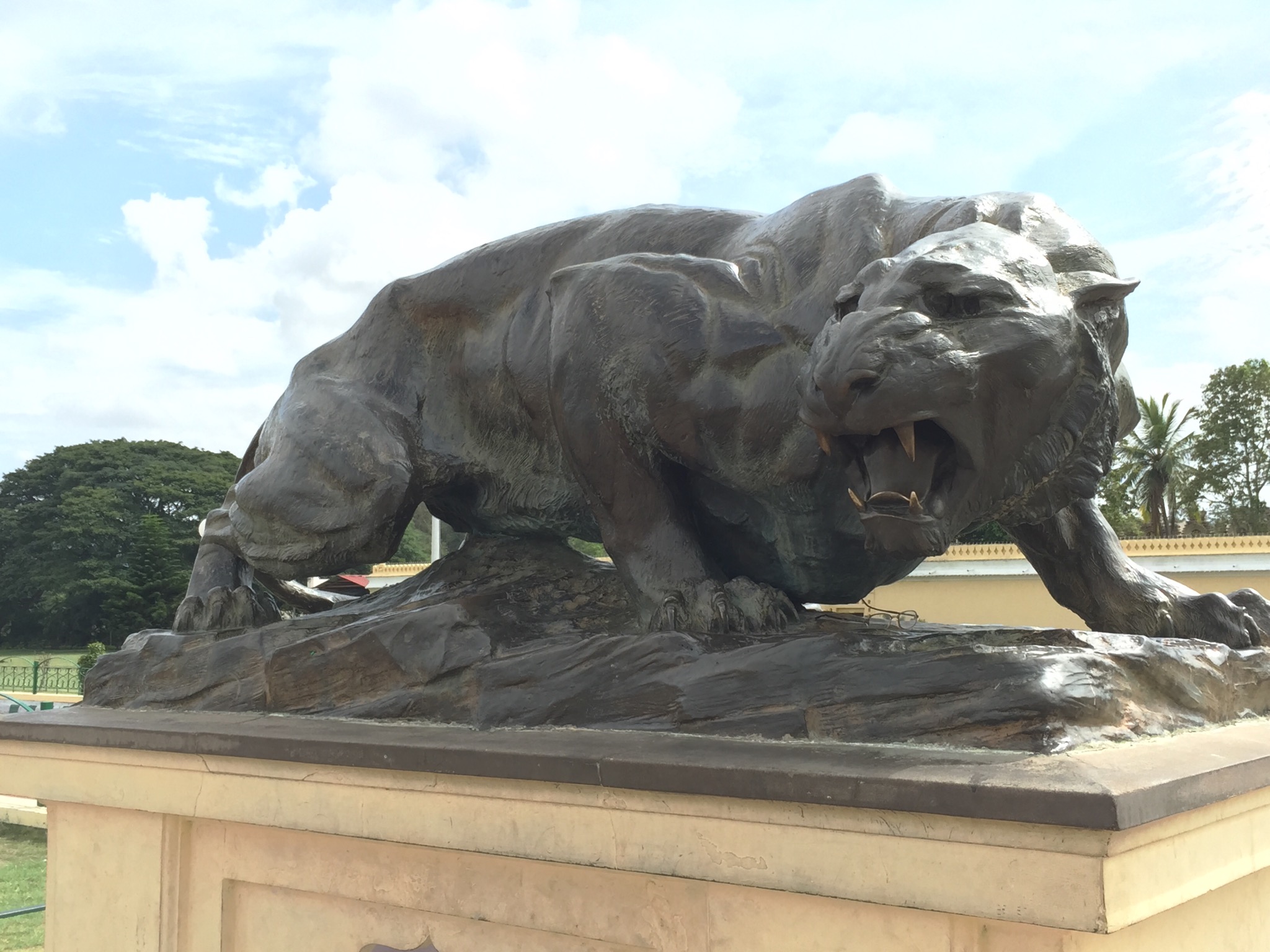 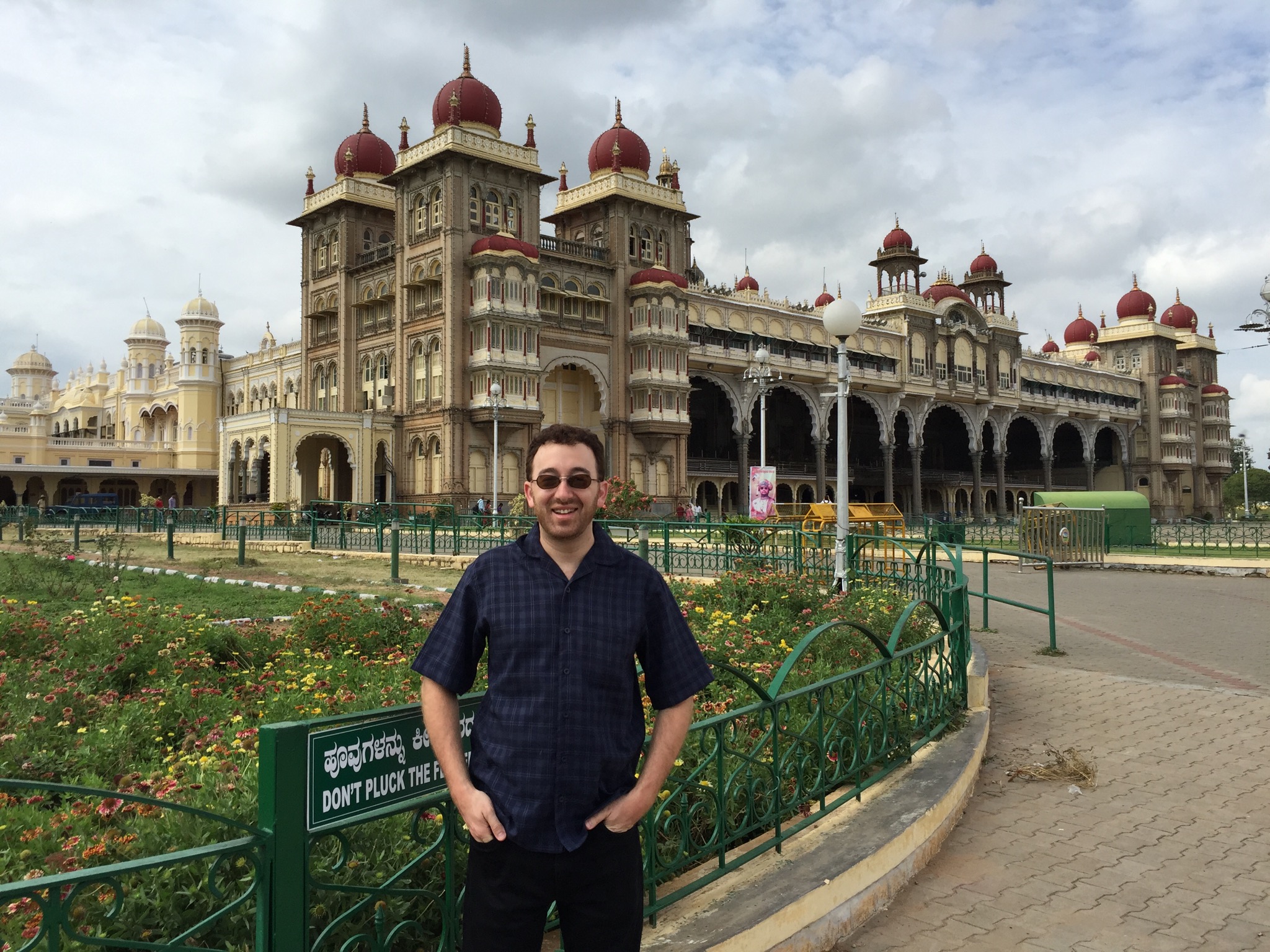 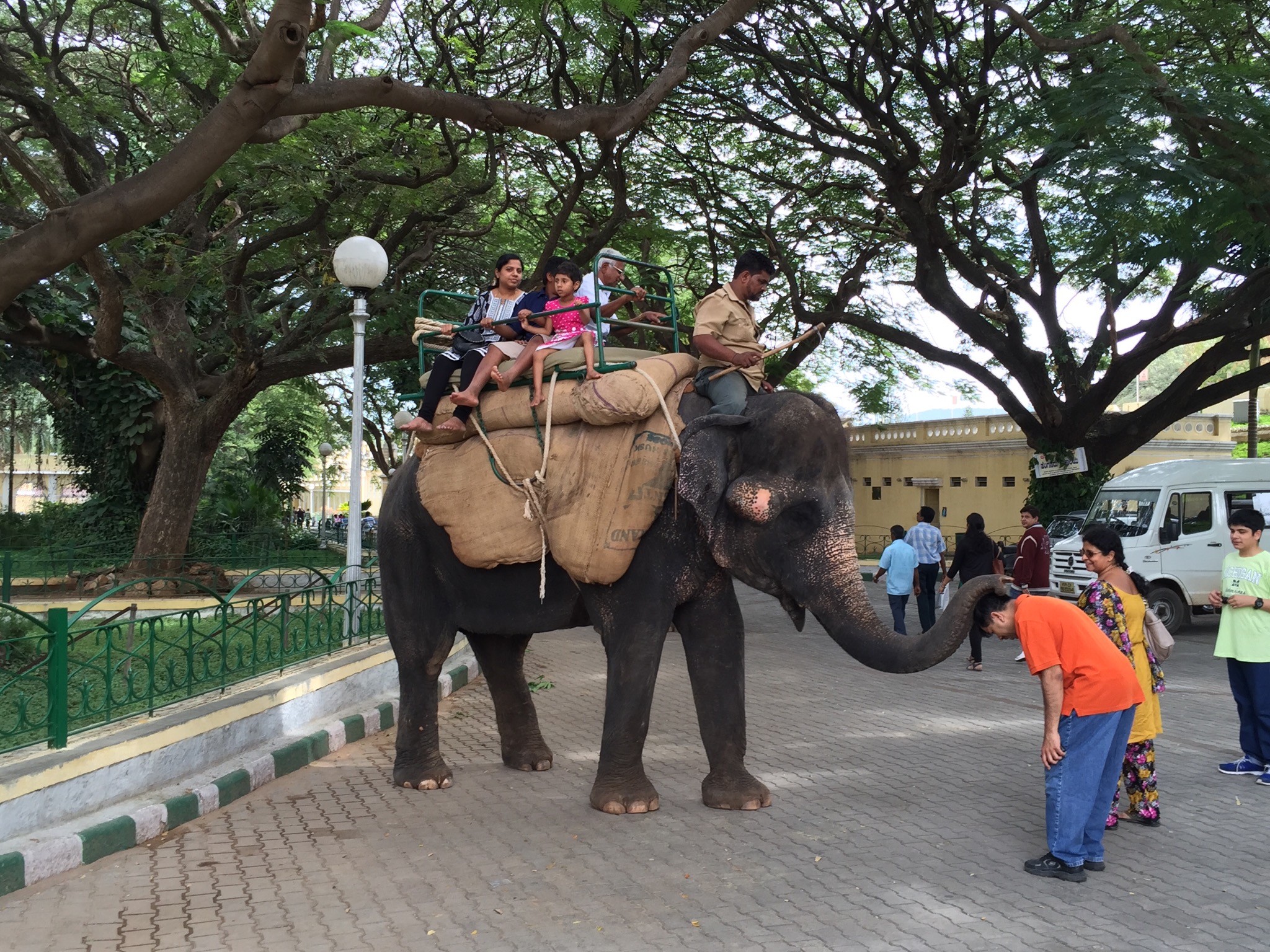 A special elephant love tap on the head! 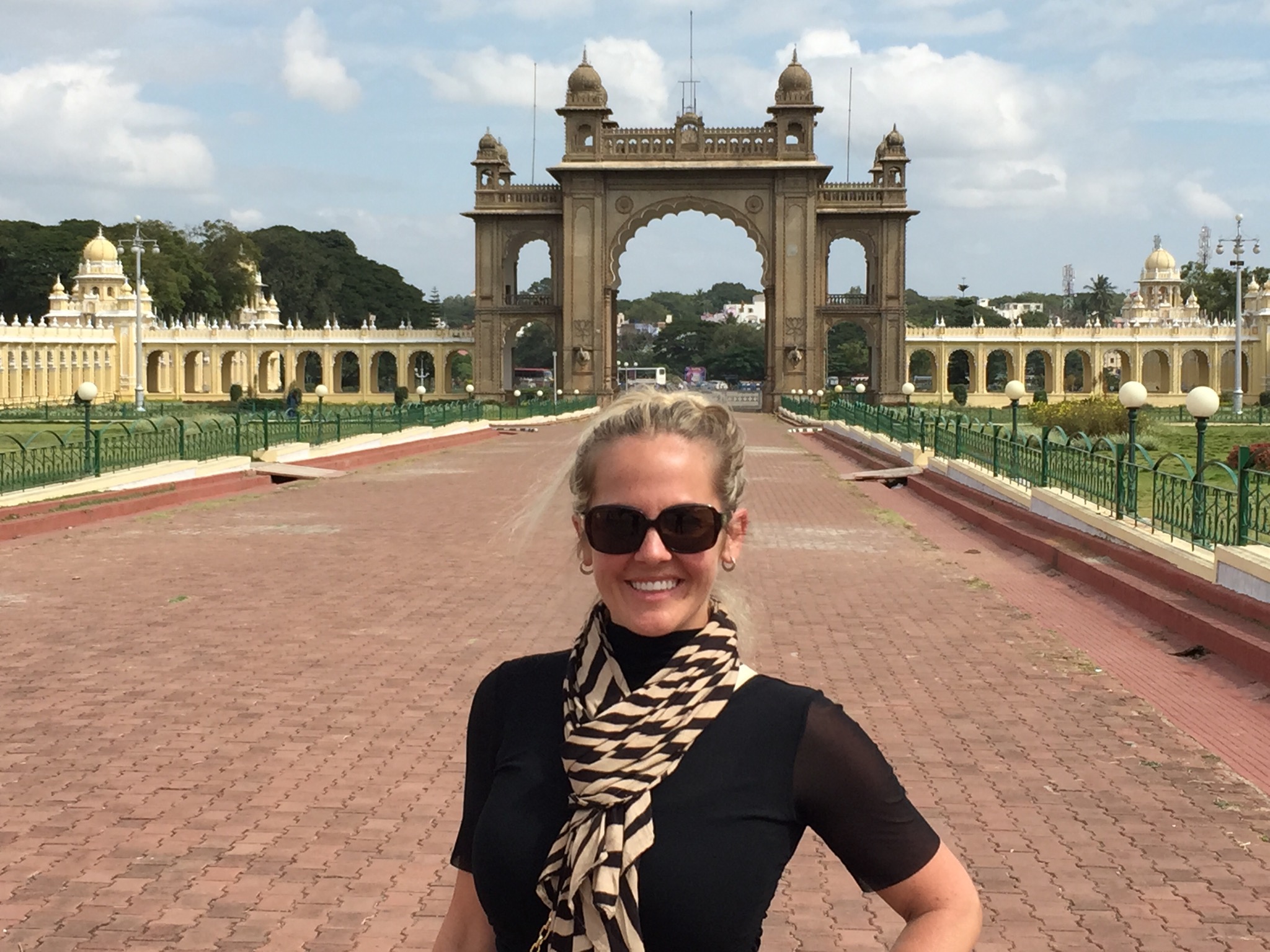 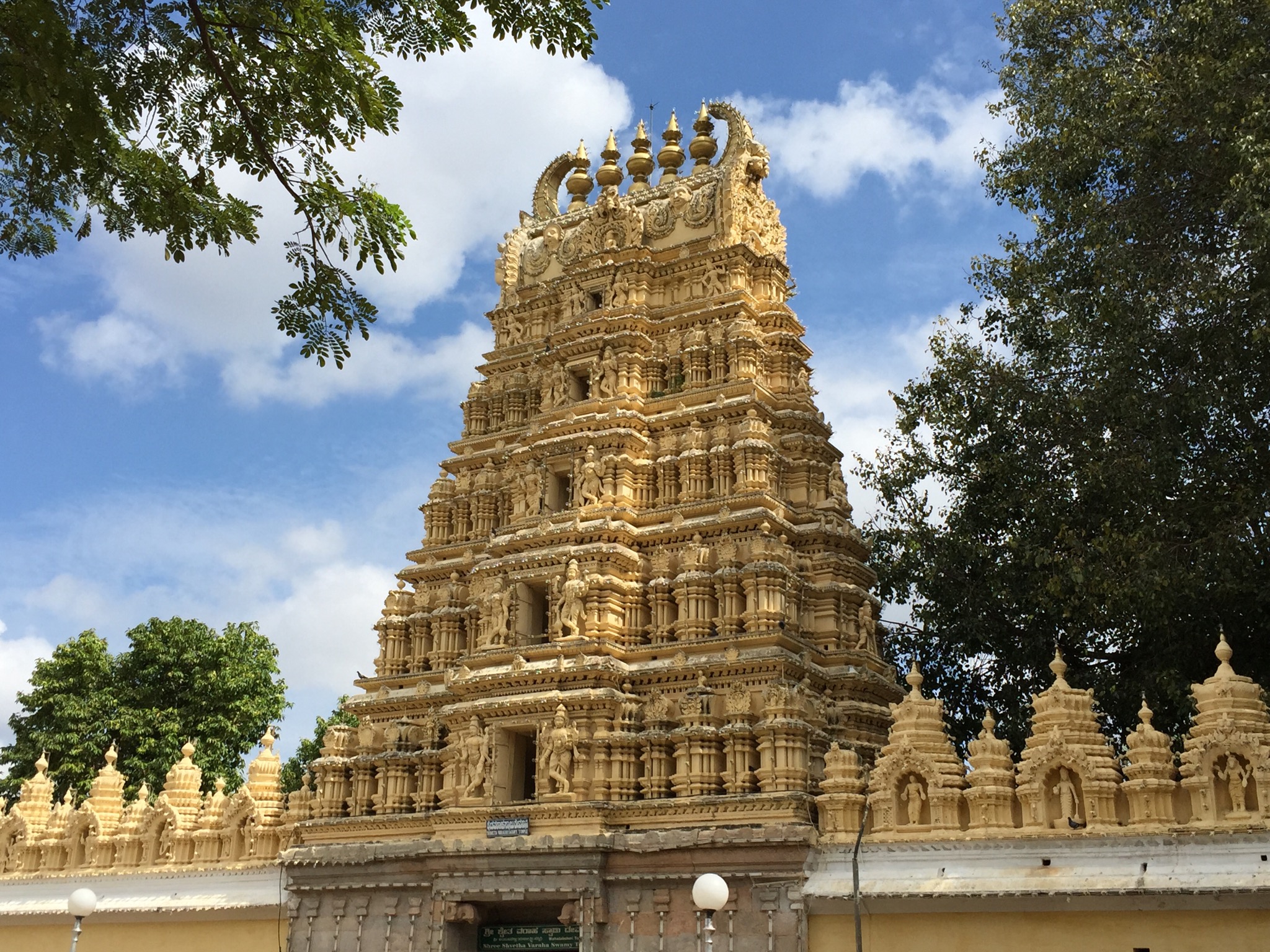 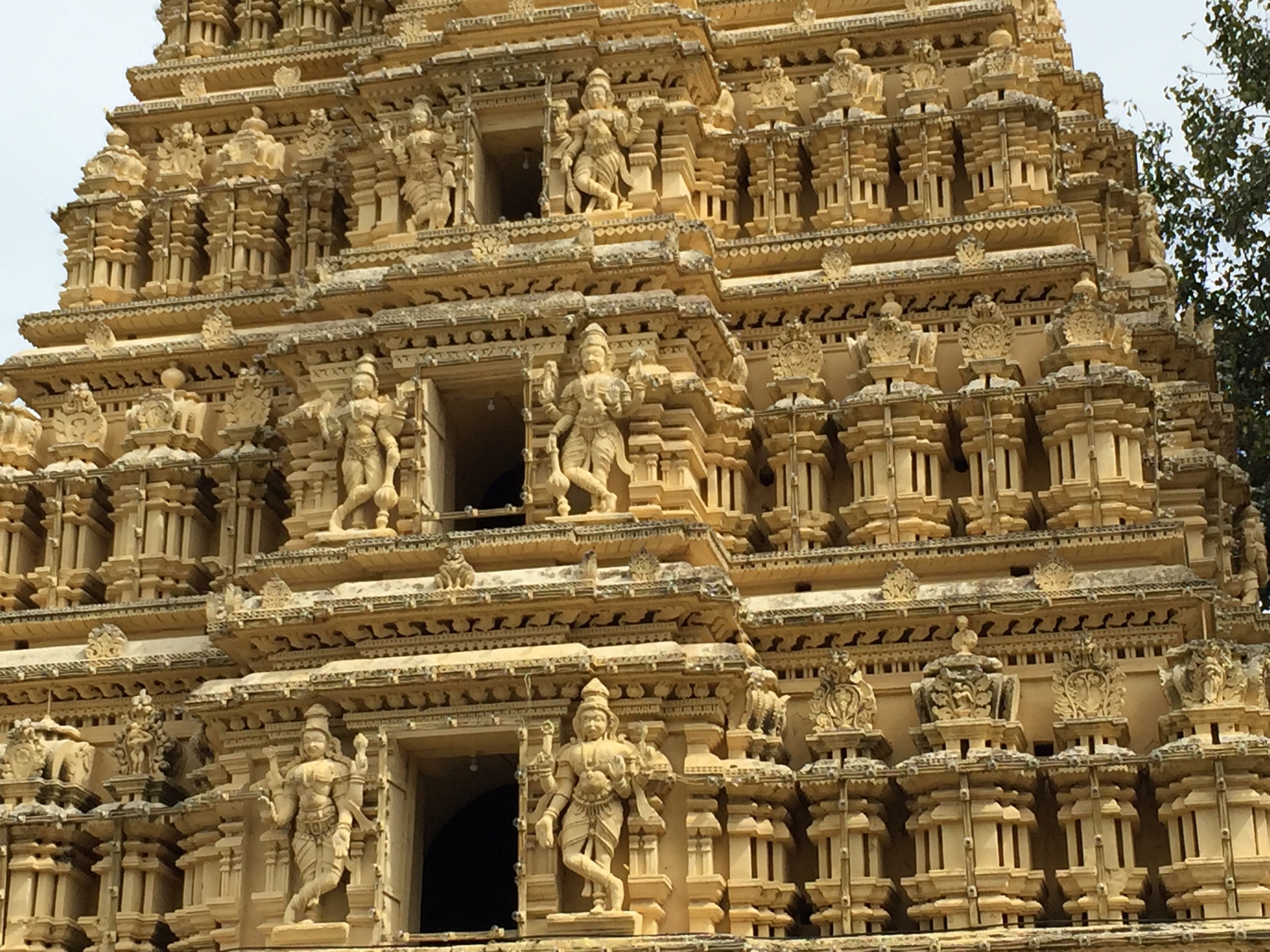